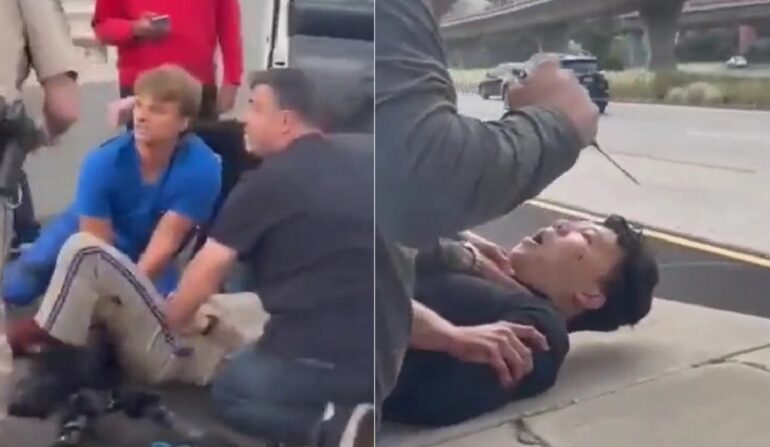 SAN DIEGO, California—A CHP officer was shot Wednesday evening on eastbound Interstate 8 near Mission Valley and a suspect is in custody, according to the San Diego Police Department.

The shooting was reported at around 6:15 p.m. on Interstate 8 near the I-805 interchange. A CHP officer was investigating a traffic collision when he had a struggle with a pedestrian that resulted in a single gunshot wound—injuring the officer.

It’s unclear who the pedestrian was and witnesses state the assailant was Asian. Multiple Good Samaritans came to the aid of the injured officer. Multiple people rendered medical aid while others physically strained the Asian man responsible for the shooting.

The officer was shot in the right thigh and was taken to Scripps Mercy Hospital in Hillcrest where he underwent surgery and is now in serious, but stable condition. The officer is an eight-year veteran, reports NBC7 San Diego.

No further details about the motive or the suspect are available at this time. Local news outlets only describe him as a 25-year-old man.

Lanes on I-8 at I-805 were closed in both directions for several hours while CHP completed their investigation. However, all lanes have since been reopened.