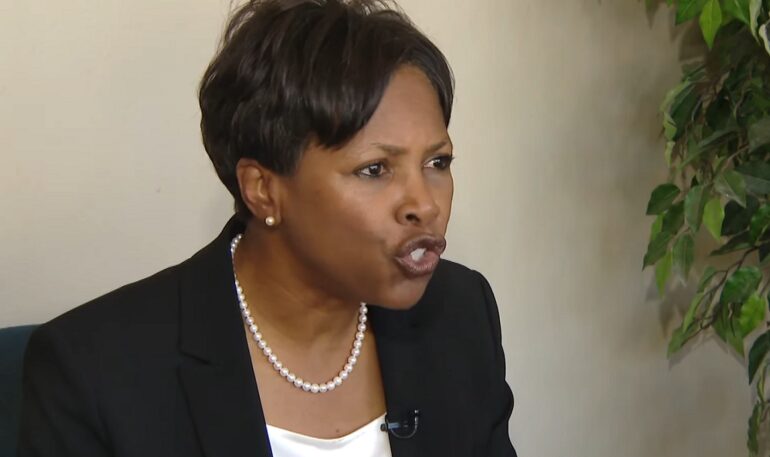 ENCINITAS, CA—A California superintendent who made racist remarks about high-performing Asian-American students during an April “diversity, equity, and inclusion” training session has been fired.

The series of events unfolded on April 11 during a diversity equity and inclusion training session. James-Ward responded to a question asking why Asian students “do so well in school.”

“Here in San Dieguito, we have an influx of Asians from China, and the people who are able to make that journey are wealthy,” James-Ward said during the meeting. “You cannot buy a house for two million dollars unless you have money.”

“The whole family comes, parents, grandparents, they are there to support kids at home, whereas in some of our Latinx communities, they don’t have that type of money,” James-Ward said at the meeting. “Parents are working two jobs, they’re working sunup to sundown.”

James-Ward’s firing, effective August 15, was “without a cause,” according to the National Review. Because she was terminated without cause, James-Ward will be paid a year’s salary—or $288,000—as a buyout.

Those calling for Ward’s resignation at the time were from California for Equal Rights Foundation (CFER), claimed Ward back in April 2022.

“They put a complete hit out on me to make this into something it’s not,” she said. “They created this insanity to rile up the community about something that is a contributing factor.”

James-Ward sat down with CBS8 to voice her frustrations.

“Sheer hell. Just sheer hell. Like, what the heck just happened. How did this happen? My intentions were never meant to harm, to hurt,” she said.

“I believe diversity, equity and inclusion should continue. We need to learn about each other. But not in a way that we are condemned and crucified and publicly lynched. Our school leaders need to be given the grace to engage in this conversation in a real way that makes a difference for kids.”

Ward did issue two separate apologies to the Asian-American community after her remarks. However, she double-downed by implying that “diversity” is more important than meritocracy.

“My words, even though taken out of context, indicate that as a district, I, we, need to spend more time training our staff around diversity and inclusion,” she wrote in one of her apologies.