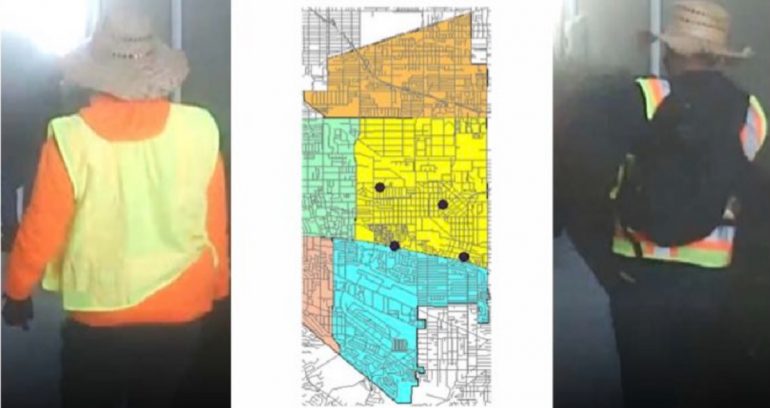 TORRANCE, California—Torrance police are warning the public to beware of burglars who appear to be targeting victims of Asian descent, reports ABC7 Los Angeles.

The string of burglaries have occurred in recent weeks in townhomes in gated communities in the central and eastern areas of Torrance, known to have a large population of Japanese-American and Korean-American communities, according to Sgt. Mark Ponegalek of the Torrance Police Department.

The robbery victims were all homeowners of Asian descent who own businesses outside the city. Those victims may have been followed home from work and kept large quantities of cash at home, according to ABC7.

The suspects are described as three to four people posing as gardeners or landscape workers.

Sgt. Ponegalek warned residents to watch for unfamiliar people who appear to be gardeners or delivery workers and knock on doors asking for someone by name who does not live there.

“Be aware of vehicles that pull in right after residents have entered the security gates,” Ponegalek added. “If something or someone causes you to believe criminal activity has or is about to take place, call 911.”

To make matters worse, Los Angeles Mayor Eric Garcetti recently held a press conference in which he blamed the robbery victims. He lambasted them for looking at their smartphones instead of being aware of their surroundings.

Basically, in the United States of America, danger and mayhem are all around you and you do not have a right to live in safety. Therefore, always be aware of your surroundings, and if not, that’s your fault.