Asian Software Engineer Found Shot to Death in His Vehicle 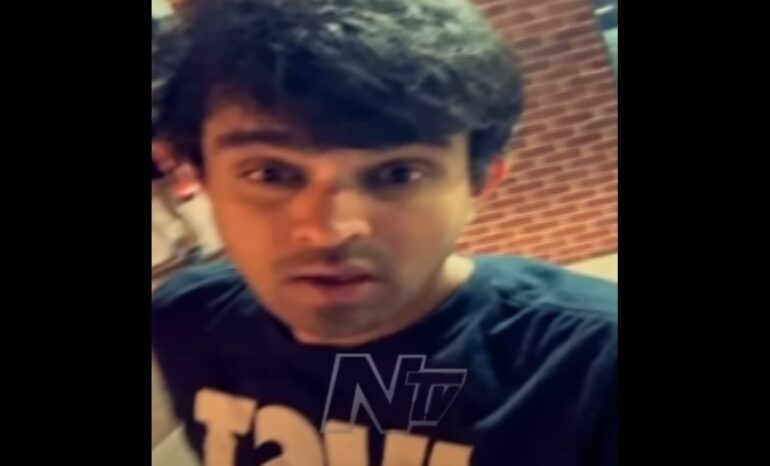 BALTIMORE, MD—An South Asian man died of his injuries after he was found shot inside an SUV early Sunday morning in Baltimore, police said.

Maryland Transportation Authority Police were called to a single-vehicle crash on southbound Interstate 95 near the Caton Avenue exit around 4:30 a.m., according to MDTA.

Responding officers arrived and found a 2022 Hyundai Tucson on the left shoulder with a 25-year-old man suffering from an apparent gunshot wound to the head inside, according to CBS13.

The driver was later identified as 25-year-old Sai Charan Nakka. He was taken to the University of Maryland R. Adams Cowley Shock Trauma Center, where he was later pronounced dead.

Charan’s family received news of his murder Monday night from his brother, who lives in Hyderabad, India. Charan’s parents didn’t want him to go to the United States, insisting the country is extremely dangerous.

“We did not want to send our son to the U.S. We wanted him to be here. I had no interest in sending him there and told him not to go. But he insisted and then we allowed him to realize his wish as he was very particular to go to the U.S. We never imagined that he would be coming back as a dead body,” stated Narasimha, Charan’s father.

“He had recently bought a new car. We have been told that at the time of the incident he was alone in the vehicle. It seems he had gone for walking,” Narasimha said.

Charan is the 3rd South Asian man to be shot and the 2nd to be murdered in the city. Back in early March, 33-year-old ICU Dr. Rakesh Patel was carjacked and run over by his own car while trying to prevent thieves from carjacking his Mercedes E350. He was pronounced dead at the hospital.

Bowser claims the carjacker who ran over and murdered DC doctor Rakesh Patel with his own car "probably didn't intend to kill anybody."

On April 1, Dr. Madhu Subramanian, 38, was ambushed by two dark-colored cars that tried to block him in around 7 a.m. at the 1200 block of East 36th Street in Northeast Baltimore.

Despite being shot multiple times, Subramanian survived and has been released from the hospital after being treated by his own team, reports CBS Baltimore.