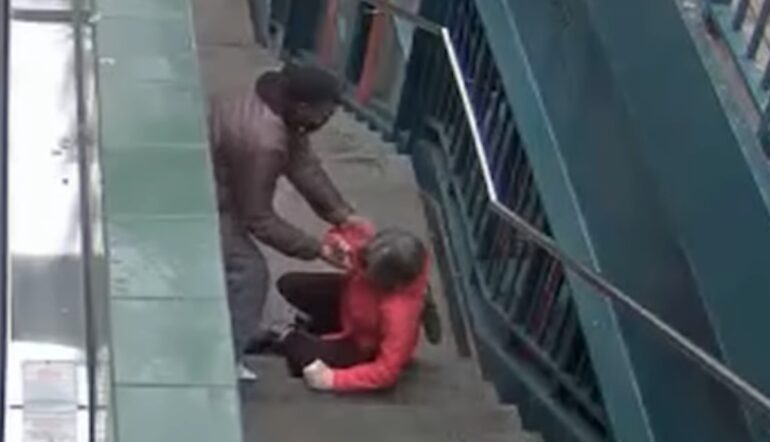 SEATTLE, WA—Taxpayers in Washington state will have to pay $250 to an African-American homeless man accused of pushing a 62-year-old woman down the stairs in Chinatown for each day he doesn’t get mental health treatment.

Alexander Jay, 40, was arrested back on March 3, a day after he attacked an elderly woman at the Chinatown-International District light rail station at 5th Avenue South and South Jackson Street, reports FOX News.

Jay is also accused of stabbing another woman 10 times at a bus stop that very same day.

The 40-year-old suspect went on trial in April, but a judge deemed him incompetent and ordered him to spend three months at an inpatient facility, according to FOX News.

However, after more than 100 days without being admitted, the Department of Social and Health Services (DSHS) was found in contempt of court for failing to get Jay treatment by King County Superior Court Judge Johanna Bender.

Bender also ordered Washington state to pay Jay $250 per day, which began accruing on May 9, until he gets admitted for treatment, reports FOX News.

Instead of mental health treatment, Jay is currently being held in jail, a violation of his due process rights, due to the severity of the charges against him.

According to prosecutors, Jay has nearly two dozen prior convictions in Washington dating back to 2000.

The 40-year-old homeless man will get treatment in mid-August at the earliest—meaning taxpayers will be forking over more than $17,000 to a career criminal.