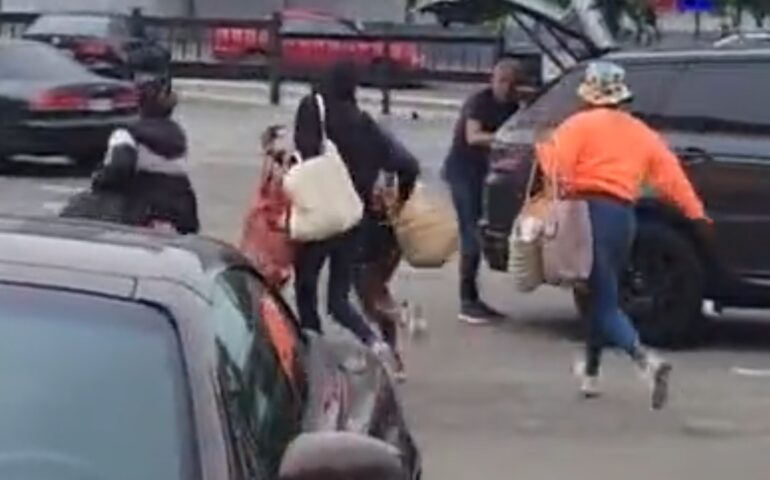 SAN FRANCISCO, CA—Police have arrested five teenagers who were allegedly involved in a month-long retail theft spree across the city.

“It is always shocking to see young people be involved in this kind of activity,” San Francisco Supervisor Ahsha Safai told KTVU. Safai has made retail theft a priority.

“It’s important that we’re getting people at a young age because this is the time when you can turn their life around,” he continued to say.

The teens targeted retail stores on at least 10 different occasions in March and April. Some stores were hit more than once. KTVU reports that Walgreens on Columbus Avenue in North Beach was hit three times in less than two weeks.

Walgreens in Divisadero and Lombard in Cow Hollow was also targeted as well as the one on Geneva Avenue near Paris Street in the Excelsior District.

"It's always shocking to see young people be involved in this type of activity," says @sfgov Supervisor @Ahsha_Safai after 5 teens are arrested by @SFPD in spree of smash-and-grab robberies & retail thefts across the city. https://t.co/rveMjKQL5W pic.twitter.com/TTVWNwenRU

A GameStop near 22nd and Mission was hit at least twice and to no one’s surprise, the Foot Locker at Stonestown Galleria was also robbed.

The teenage delinquents also tried robbing two victims at the mall in another separate incident, but an officer and off-duty recruit broke up the attack, reports KTVU.

“San Francisco businesses can’t tolerate this,” said Rodney Fong, president and CEO of the San Francisco Chamber of Commerce. “We are taking risks on our own, doing business in San Francisco.”

He said these arrests should send a message.

“It’s a misconception that these crimes are not victimless,” Fong said. “Whether they’re employees, people who witness these horrible events and the consumer confidence of San Francisco is really the biggest thing.”

Safai agreed with Fong’s statement, adding, “Businesses are closing, people are living in fear of seeing this type of sometimes violent activity.”