The Korean ‘German’ Soldier Captured at Normandy on D-Day 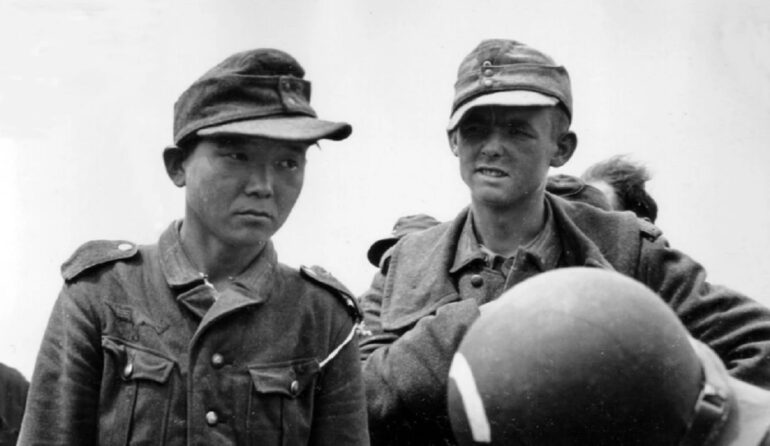 NORMANDY, France—His name was In Yang Kyoungjong and he fought for the Japanese Empire, Soviet Union, and Nazi Germany before being one of the first “German” soldiers to surrender to Allied forces at the beaches of Normandy on D-Day, June 6, 1944.

In 1938, Yang Kyoungjon, 18, was conscripted into the Japanese Imperial Army. Korea was a Japanese colony at the time and Yang had little choice in the matter. He would eventually be sent to the Kwantung Army in Manchuria, northeast of China.

The Japanese were preparing for an invasion into Russian territory and needed manpower.

On May 11, 1939, the Japanese Sixth Army invaded Mongolia, which was a Soviet protectorate at the time. Soviet and Mongolian forces led by Com. Georgy Zhukov completely destroyed Japanese forces at the battles of Khalkhin Gol/Nomonhan.

Com. Zhukov would later be promoted to field marshal and eventually lead the Soviet charge against Nazi Germany and accept their unconditional surrender in 1945.

During this backdrop, Yang would become a prisoner of war after the Russian victory and would later be sent to a Soviet labor camp.

In 1942, Russia became desperate for men after losing over a million soldiers fighting off a massive German invasion of the Motherland. Yang would be conscripted into the Soviet Army.

In 1943, Yang would fight for the Soviet Army against Nazi Germany at the battle of Kharkiv in Ukraine, where he was once again captured as a prisoner of war.

In 1944, Yang was conscripted into the German army and transported to France where he joined the 709 Infanterie Division, which was in charge of defending the port of Cherbourg in Normandy on D-Day. German soldiers thought Yang was Japanese and gave him preferential treatment compared to other non-Aryan POWs.

On June 6, 1944, D-Day, Yang was once again captured, this time by British forces, and sent to an English prisoner of war camp. Allied troops confused Yang as being Japanese (Japan was Germany’s ally), while others confused him as being central Russian with “White Russian” political affiliations. White Russians supported Tsar Nicholas II and fought for Germany and Japan after the Soviets took over Russia.

Yang’s story was adapted into a 2011 South Korean blockbuster film called My Way.