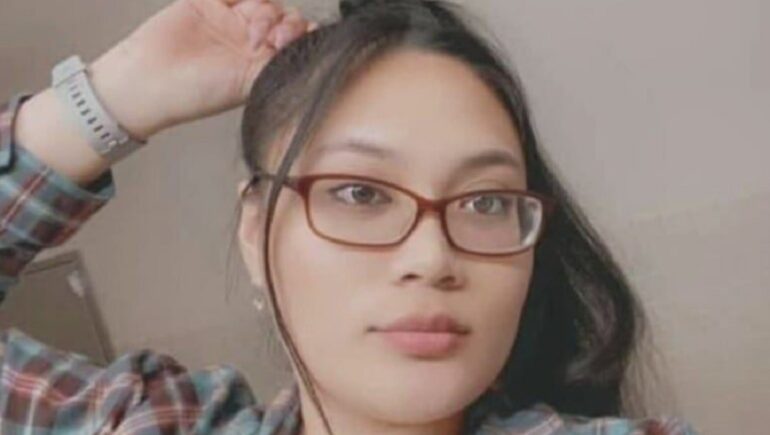 OAKLEY, CA—The ex-boyfriend of Alexis Gabe who has been missing for six months was killed by police officers in Washington state as they attempted to arrest him for her alleged murder, police said on Thursday.

Gabe’s ex-boyfriend, 27-year-old Marshall Curtis Jones was shot on Wednesday by members of the Pacific Northwest Violent Offenders Task Force as he tried to charge at them with a knife, according to Oakley Police Chief Paul Beard.

Jones was pronounced dead at the scene, according to KTVU.

Oakley and Antioch police officers issued an arrest warrant earlier that day for Jones, who was in Kent, Washington, for the murder of Gabe, who has been missing since January 26, 2022.

Although the investigation had focused on Jones, Thursday’s announcement was the first time that police named Jones as the suspect who allegedly murdered 24-year-old Gabe at his home in Antioch, reports KTVU.

Jones apparently hadn’t been cooperative with police when Gabe went missing and moved out of California to Washington.

UPDATE: Marshall Curtis Jones, shot dead by U.S. marshals in WA, had dated Alexis Gabe for 3 yrs, her dad Gwyn says. @CityofOakley @AntiochPolice had searched Jones’ home at least 2X. “We didn’t want him dead. We wanted him arrested to pay for his sins,” dad says. Body not found pic.twitter.com/WxZwYLuvP3

This announcement is also the first time police stated Gabe, a former nursing student, was dead.

Her body has not been found, however, Beard promised to keep looking for it. He suspects her body is still in California, according to KTVU.

Beard stated there is ample evidence to connect Jones to the homicide, e.g., Gabe’s empty smartphone case was found near Jones’ house and had his DNA on it. There was also a substantial amount of “digital evidence” from phone calls and surveillance images that connected the now-dead Jones to Gabe’s death.

There is still no motive why Jones murdered Gabe.

Police hoped to capture Jones alive and stated his death was not what they wanted because they wanted to know where he buried Gabe’s body.