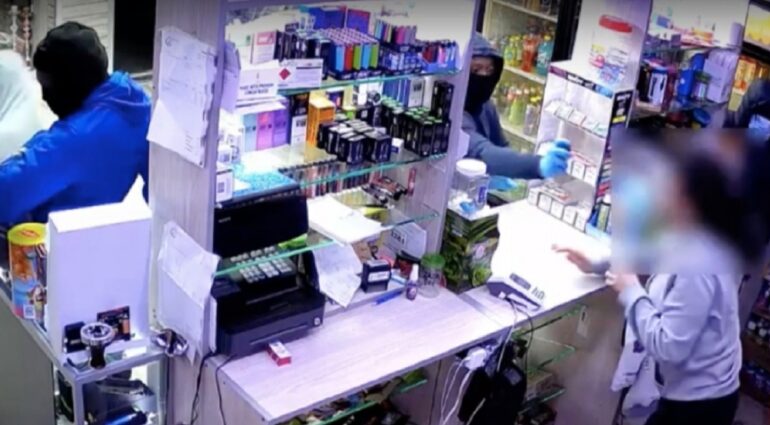 GREENWICH VILLAGE, NY—Two masked robbers pepper-sprayed a woman in a Greenwich Village store as a citywide crime spree continues in one of the most “progressive cities” in America—New York City.

The robbery trio, identified as African-American males, were caught on surveillance footage chasing a terrified worker on May 16 in a Sheepshead Bay store, reports Patch.

The petrified woman in the clip can be seen leaping over the counter trying to flee before she is tackled and thrown to the ground inside the shop located at 2776 Coney Island Ave, according to police.

The trio also pepper-sprayed the victim and snatched $500 in merchandise as well.

The robbery trio also made their way into NYC Finest Deli on LaGuardia Place near West Houston Street around 12:15 a.m. Saturday, sprayed a 29-year-old female employee, and stole $400 from the register, police said.

A third person was pepper-sprayed inside a Bay Ridge deli on Third Avenue and 79th Street on May 19, according to Patch.

The thieves stole merchandise and $700 from the register, said police.

Anyone with information in regard to the identity of this individual is asked to call the NYPD’s Crime Stoppers Hotline at 1-800-577-TIPS (8477).