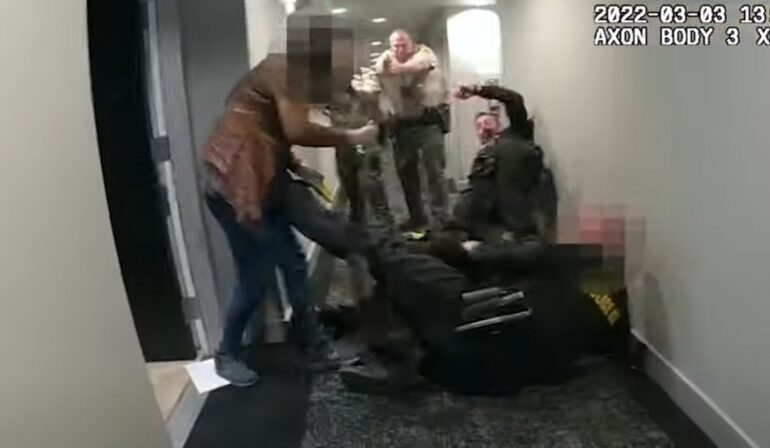 LITTLE ITALY, San Diego—Yan Li, 47, was being served an eviction notice in Little Italy, San Diego by the San Diego County Sheriff’s Department on Thursday, March 3 around 12:30 p.m. at the 400 block of West Beech Street.

“When they met the female at the door, she was holding a knife, did not cooperate, and eventually closed the door,” the department stated. While authorities waited for backup, police say they learned Li threatened a maintenance worker with a knife Wednesday, according to ABC10 San Diego.

Officers spoke with Li for around 45 minutes. When officers finally opened the door, Li stabbed a K9 officer in the chest with a large kitchen knife while bum-rushing multiple police officers.

Officers tried using multiple non-violent weapons on Li before tripping over each other while she charged at them. Three SDSO deputies shot Li at least once each. She was pronounced dead at the scene.

K9 Officer was treated at a trauma center and released later that day, reports ABC10.