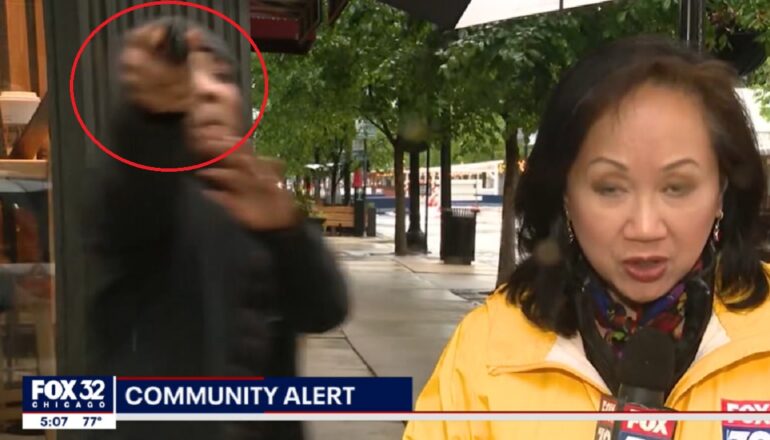 A news crew was reporting about Chicago gun violence around 7 a.m. at the corner of Clark and Hubbard when a man walked up and pointed a gun at them.

Chicago police have issued a community alert about the incident and accused the man of aggravated assault with a firearm, according to FOX32.

One person was killed and more than 27 others were wounded in shootings across Chicago over the weekend, reports WTTW.

The week before that, over 33 people were shot and five were killed in Chicago, according to ABC News.

If you have any information regarding who he is, or where he is, please contact Chicago police at 312-744-8261.