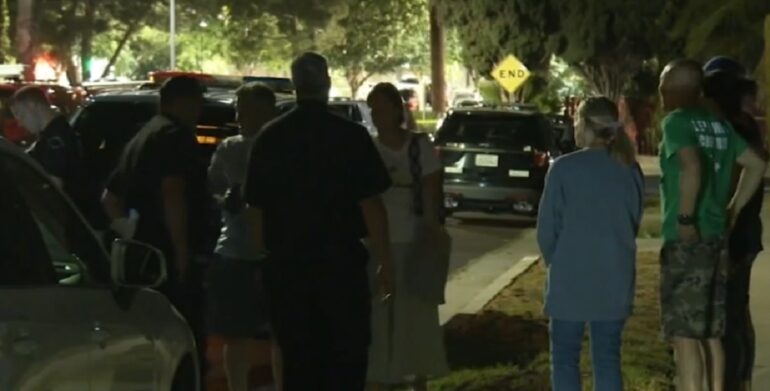 Police were then called to the scene of a possible arson. A preliminary investigation discovered the home had been ransacked and a woman’s body was found. According to family members, she lived alone.

The victim was later identified as Ok Ja Kim.

“Officers located the victim in her bedroom, laying on the ground, and half her body under her bed,” the LAPD said in a statement. “She was semi-charred, unconscious, and not breathing.”

The official cause of death was not disclosed.

Further investigation found evidence of a forced entry as well.

The number of possible suspects involved is unknown and no description was available. Authorities believe the crime occurred sometime between Monday morning and Tuesday evening, according to ABC7.

“There’s a lot of elderly residents that live in this neighborhood, retired and such,” LAPD Detective Sharon Kim told reporters at the scene. “So a lot of criminals will sometimes target elderly people because they’re easy victims.”

Det. Kim encouraged residents “just to be hyper-vigilant in this neighborhood, when you’re leaving your residence or coming back, just being aware of your surroundings. And if there’s any strange activity — you see cars that you don’t recognize or people walking in your neighborhood that you don’t recognize — especially if they’re in close vicinity as you’re going into your house or leaving from your house, it’s always important to be aware.”

Anyone with information about the case is urged to call Detective Steve Castro of the LAPD’s Valley Bureau Homicide Division at (818) 374-1925.