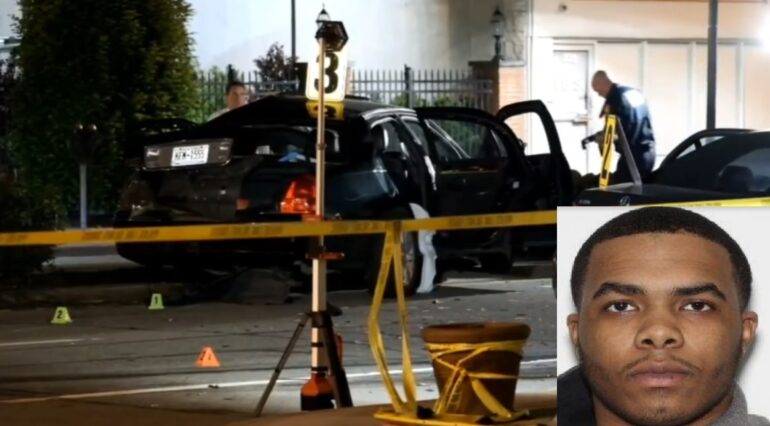 NASSAU COUNTY—Three females were killed in a car crash near a catering hall after leaving a Sweet 16 birthday party on Long Island by a drunk driver.

The horrific crash happened around 11:10 p.m. Saturday on Jericho Temple near the Inn at New Hyde Park, reports ABC7.

African-American Dante Lennon, 22, of Freeport, was driving a 2012 Mercedes-Benz and struck a 2010 Lincoln Town Car with a driver and five passengers inside on the eastbound lane of the turnpike.

Lennon was transported to the hospital with non-life-threatening injuries.

Three female passengers in the back of the Lincoln were pronounced dead at the scene, according to ABC7.

They are now identified as 66-year-old Marlene Lu of Queens, 68-year-old Ho Hua of Queens, and 41-year-old Tu Nguyen of North Carolina.

Police say Marlene Lu was the mother of the host and grandmother to the girl who had the Sweet 16 birthday party. Hua was the host’s aunt and Nguyen was a cousin, reports ABC7.

“One accident is too many, and one life is way too many,” Nassau County Police Commissioner Patrick Ryder stated. “We are going to start an initiative here in the police department about taking back our roads, writing more summons, doing more interactions, more DWIs, roadblocks, if that’s what it’s going to take.”

Lennon has been charged with three counts of vehicular manslaughter, vehicular assault, and driving while intoxicated. He is currently being held without bail.