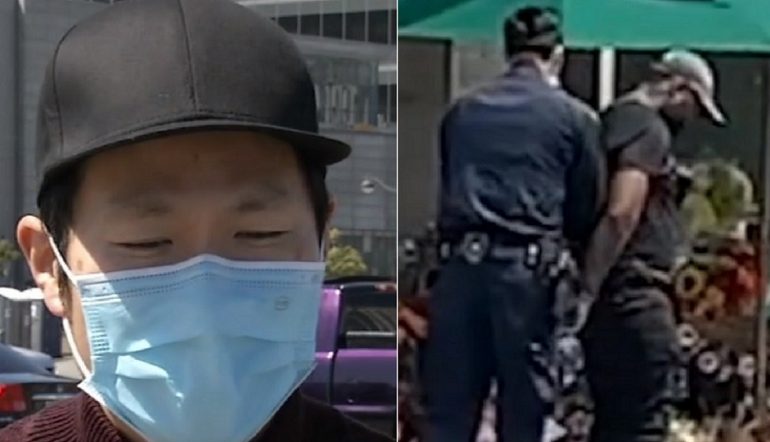 SAN FRANCISCO, California—A father of a 1-year-old child was viciously attacked outside a grocery store in San Francisco.

“My sense of security has been shattered,” says the man who wanted to be called “Bruce,” according to ABC7.

Bruce explained he was waiting to cross the street in the Mission Bay neighborhood with his child in a stroller, when he was suddenly knocked to the ground and punched repeatedly out of pure hatred.

“I was right on the ground and in that exact second I was trying to shield my head and prevent any worse injuries,” Bruce stated. “I couldn’t protect my child. I was on the floor and he was in a stroller that was slowly rolling away, so it’s definitely very scary as a parent.”

When Dion Lim of ABC7 asked Bruce if he thought the incident was racially motivated, he said the thought did cross his mind, especially given the number of physical attacks Asian-Americans have been facing this past year.

Bruce’s suspected assailant was identified as an African-American male named Sidney Hammond. ABC7 learned he was arrested less than a month earlier after an assault for stealing at the same location.

Many news outlets and Asian clout chasers are continuing to blame “white supremacy” for these vicious, hate-filled attacks. Either white supremacy created the economic conditions that forced African-Americans to attack Asians out of desperation (which doesn’t explain why Latinos in poor neighborhoods do not attack Asians at a similar rate), or “white-controlled media” is making “black people look bad.”

The very same media that worked overtime to help President Trump lose his presidency now all-of-a-sudden did a complete 180 and wants to make “black people look bad.” Either way, it’s everyone else’s fault.

Bruce is speaking out to raise awareness, and has this wish:

“That my attacker can be somewhere where he can’t harm anyone else or if he needs help he can get the help he needs.”

Dion Lim reached out to the DA’s office for comment. Their response was that multiple felonies and misdemeanors were being “filed” against Hammond.