Triplets Dropped Out of School, Then Came Back to Graduate Top of Their Class 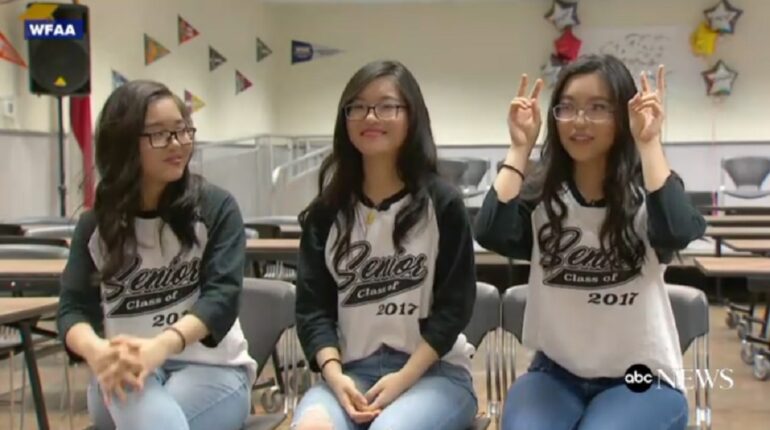 RICHARDSON, TX—Three sisters have gone from dropping out of high school to graduating at the top of their class. The sisters graduated first, second, and third out of 148 graduates.

Han, Tran, and Ngan Tran, 18, are triplets….yes the second sister is named Tran Tran….But they just graduated from Evolution Academy Charter School, which serves at-risk youth, according to ABC News.

Their final grade point averages were just one-hundredth of a point apart.

The triplets arrived in the United States from Vietnam in 2012 with their father after their parents divorced.

“The first struggle…when we came to America, was English,” Han told ABC News.

When they moved to north Texas back in 2015, they said things became really hard and all three ultimately dropped out of school.

However, the triplets managed to turn it all around and make their parents proud of them.

“At one point we just said, ‘we cannot disappoint our mom anymore,’” Han explained.

Through sheer will and determination, the sisters graduated and all three are planning to attend Richland College in Dallas.