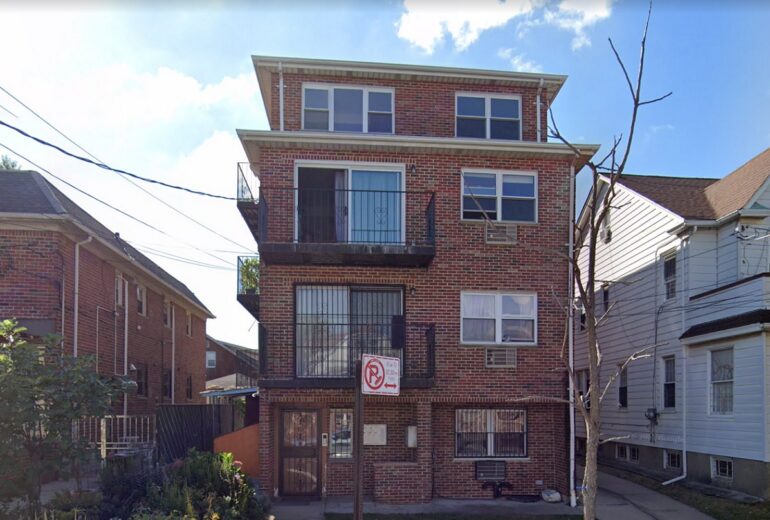 QUEENS, NY—A “crackhead” armed with a knife stabbed a Chinese man to death in his bedroom early Sunday after “jumping balcony to balcony” onto a third-floor Queens apartment looking for drugs.

Yang Zhang, 35, allegedly leaped into the unsuspecting 41-year-old victim’s apartment at 132-18 57th Road around 2 a.m. as he and his wife slept, according to the New York Post.

The wife ran out of the apartment screaming and the door locked behind her. She then heard her husband, Yat Wong and Zhang yelling at each other inside the apartment.

“That commotion on the third floor was him stabbing the man to death,” an NYPD spokesman said.

When police officers arrived, they found Wong stabbed “multiple times” in his bed and Zhang in the backyard, where police tasered him after he put up a fight.

Wong was pronounced dead in the apartment, reports The Post.

Paramedics who treated Zhang believed he was “high on some type of drug.”

An NYPD spokesman stated the suspect allegedly told responding officers “that he was looking for drugs.”

Zhang and Wong did not know each other. Zhang has been charged with second-degree murder, burglary, and criminal possession of a weapon.