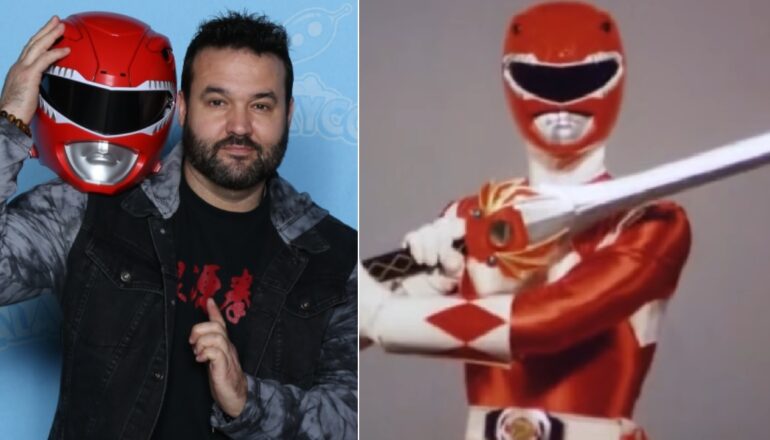 One of St. John’s neighbors told TMZ that approximately 15 FBI agents in full tactical gear rolled up to the Red Ranger’s home Thursday at 7 a.m. in Tahoe Suburbans in the upscale neighborhood in McKinney, Texas. All had their AR-15’s drawn.

After breaching the door, federal agents were seen leading St. John out in handcuffs.

St. John is one of 18 people who have now been charged with fraud in a massive federal indictment. The former Red Ranger was part of a scheme to defraud the Small Business Administration’s Paycheck Protection Program; a program designed to help small businesses affected by the pandemic, reports TMZ.

The Red Ranger allegedly obtained 16 loans, totaling $3.5 million, which he used for personal purchases and not for the intended purpose. However, even if the funds were used for intended purposes, the feds claim it was obtained fraudulently, regardless.

St. John played Jason Lee Scott in the American version of “Mighty Morphin Power Rangers,” which launched his career back in 1993. He left the show in its second season. However, nearly all of the fight scenes were re-used footage from the Japanese version called Zyuranger. St. John simply dubbed his voice over a Japanese actor.

Some may remember another Power Ranger star, Ricardo Medina Jr., who starred in “Power Rangers Wild Force,” was convicted of manslaughter back in 2017 and sentenced to six years for stabbing his roommate with a sword.

If convicted, St. John faces a maximum of 20 years in prison.