Like so many people these days during self-quarantine, I’ve been smashing through my movie collection and finished 1997’s Austin Powers: International Man of Mystery, the one that started the franchise during the early 2000s.

It’s been nearly a decade since this story broke and many of the news outlets we subscribe to these days weren’t around back then. Meet Joseph Hyungmin Son. He was a horrible mixed martial artist with a 0-4 MMA record and played Random Task (knockoff of James Bond character, Oddjob from Goldfinger) in Austin Powers: International Man of Mystery. Basically, he was Dr. Evil’s henchman.

What many of you may not know or forgot, he’s also a convicted rapist. Joe Son was convicted in 2011 for gang-raping, sodomizing and torturing a 20-year-old woman he along with his accomplice, Santiago Gaitan abducted near her home in Huntington Beach, California back in 1990 on Christmas Eve.

During the trial, the victim testified she was approached by Son while walking her dog in front of her house. He said “It’s Christmas. This is your lucky day,” before abducting her at gunpoint. Son and his accomplice drove off and spent hours taking turns raping, sodomizing and torturing her. As her testimony continued, the victim stated: “He said he was giving me to himself as a Christmas present.” She was eventually released naked, beaten and with her own panties tied around her eyes. The Orange County District Attorney also said the dog was never found.

The police wouldn’t even find out Son was the perpetrator until 2008, about 18 years after the incident occurred. Son violated his parole on a felony vandalism conviction. As a California state law, Prop 69, that required Son to give up his DNA to be entered into a statewide database. Surprise, surprise, that’s when his DNA matched the cold case rape from 1990 in Huntington Beach. Joseph Son was sentenced to 17 years in prison, he would have faced 275 years to life, but there was a statute of limitations for the rape charge….

Now get this, the first night Joe Son spent in prison, he beat his cellmate to death with his bare hands. He got another 27 year sentence for voluntary manslaughter. Joe Son, pure evil. 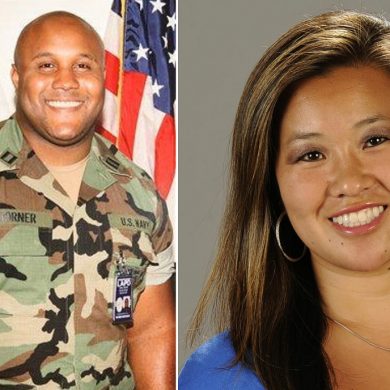