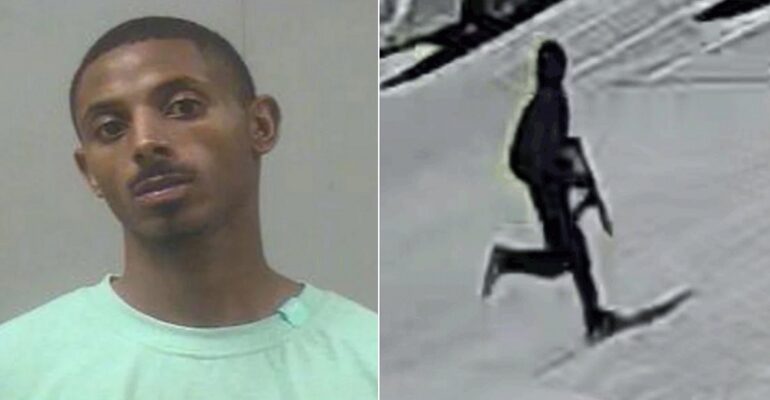 DALLAS, Texas—An African-American man whose girlfriend says he suffered from delusions about Asian-Americans is in custody, accused of opening fire inside Hair World Salon in Dallas’ Koreatown earlier this month and injuring three Korean women.

Police are now saying the shooting may have been a hate crime, however, it’s too early to tell.

Smith told police he was in the area of Royal Lane salon around the time of the shooting on May 11. He was looking for a business that could replace a broken pane of glass from a garage door.

On May 11, authorities said someone wearing all black got out of a maroon minivan, walked through the parking lot to the salon, and fired 13 shots from a .22 caliber rifle. Investigators found seven casings inside the business and another six were found outside.

Three Korean women were shot and were injured in the forearm, foot, and lower back. All were hospitalized and are now recovering after being discharged, according to NBC5.

Smith apparently admitted to police the red Honda Odyssey was his—even though he has delusions of Asians—and that he was the only one with a key and access to the vehicle. He also admitted to police he owned two guns, a .380 handgun and a .22 caliber rifle.

While being interviewed, police found a .380 magazine with four rounds in Smith’s pocket, and a .380 handgun was found in the minivan along with 10 more live rounds, reports NBC5.

Dallas Police Chief Eddie Garcia said a similar red Honda Odyssey minivan was reported to be involved in two other recent shootings at businesses run by Asian-Americans, including an April 2 drive-by in the area where the salon is located. Thankfully, no one was injured in either of those shootings.

NBC5 obtained an arrest document, which read Smith’s girlfriend told police he was involved in a crash with an Asian driver a couple of years ago and that since that time “has had near panic attacks when he is around anyone of Asian descent.” Smith’s girlfriend added he had been admitted to health care facilities after “having delusions that the Asian mob is after him or attempting to harm him.”

It was not clear if Smith is current with his Honda Odyssey payments and perhaps may have confused collections as the “Asian mob.”

Smith’s girlfriend also stated he was fired from a job after verbally attacking an Asian boss.