‘COVID Frontline Doctor’ Exposed as a 9-to-5 School Pediatrician 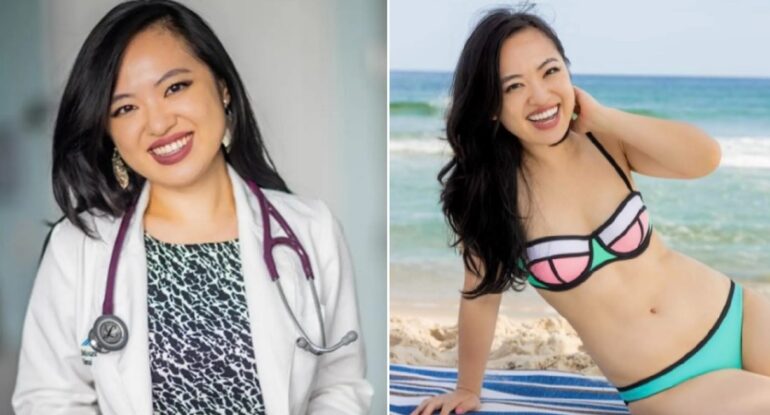 Dr. Risa Hoshino developed a reputation as a preeminent physician during the height of the pandemic, she created a reputation as being an expert in treating children with COVID-19, reports Substack blogger Sarah Beth Burwick, a Los Angeles-based attorney.

It turns out, according to the report, Hoshino has been “misrepresenting” her job and exaggerating about working long hours in a hospital and saving the lives of coronavirus-stricken children from the clutches of death.

Dr. Hoshino actually makes $170,000 a year as a New York City public school pediatrician. Here’s the kicker, most of her work was done remotely, according to Burwick.

Hoshino often complained about “working long hours” and being “underpaid,” but magically finds the downtime to create science-education content. Oh, Dr. Hoshino was also asking her followers to contribute $5 to her personal “coffee fund.” Who donated? You’d be surprised.

Medical Marking + Media dubbed her one of “The top 12 physician influencers” on that platform. Beckers HR called her a “top 10 physician influencer” and The Scientist labeled her as “a veteran of using social media to debunk scientific falsehoods.” Hoshino’s Instagram grew to 113,000 followers in less than two years.

Almost all of Hoshino’s social media accounts have since been deleted or made private, but not before Burwick saved some screenshots of her tweets.

Saved images show a maskless Hoshino having drinks with friends and soon after posting a rant about people who don’t wear masks.

“If you had to listen to crying children all day who are devastated that they may never recover from long covid, $ not being able to tell them that everything will be ok…will you still not wear a mask?” Hoshino tweeted in early March 2022.

A few weeks after posting pictures of a maskless drinking party, she tweeted: “Sometimes I walk home in my scrubs [and] N95 [and] stare at the bars full of unmasked people yelling, laughing, with spit flying, no vaxx status checked, [and] no testing required. The utter contrast of my life with theirs seems so surreal. When will my time be to ‘live my life?’”