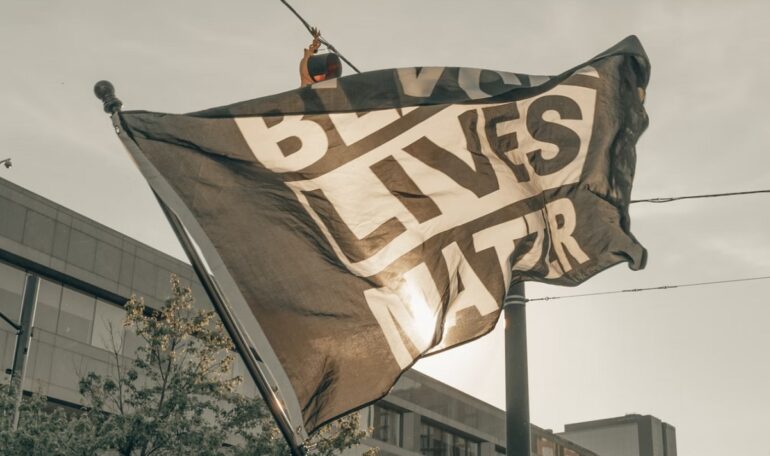 A woman in her 60s called the police on April 5 at around 4:08 p.m. to report the incident, which took place in the 3300 block of Park Blvd of the Ventura neighborhood.

According to a police press release, the BLM sign was vandalized between 10 a.m. and 4 p.m.

An adhesive was used to cover the word “Black” with a piece of paper bearing the word “Asian.” The resident attempted to remove the paper but it destroyed the original sign, which she says is valued at $10, according to Palo Alto Online.

This was the third time the sign had been tampered with. The prior cases date back to October 2021 and February 2022. Both were also reported to the police as hate crimes. In those cases, an individual placed an “Asian Lives Matter” sign over the resident’s sign, causing no damage.

When African-Americans attack and rob Asians in the Bay Area, it’s categorized as “random, isolated incidents” by the mainstream media. However, when someone defaces a $10 Black Lives Matter sign, it’s considered a hate crime.

“I think vandalizing that sign was wrong. It should have been corrected to ‘Buy Large Mansions.’ If I see that individual deface that sign again, I’ll be sure to call the authorities by the end of the day.” a neighborhood resident said.

“Officers will thoroughly investigate any reported hate crimes in Palo Alto, including stolen or destroyed yard signs if the incident appears to be motivated by the victim’s real or perceived protected social group,” the police department said.

Anyone with information about this incident is asked to call the department’s 24-hour dispatch center at 650-329-2413. Anonymous tips can be emailed to [email protected] or sent by text message or voicemail to 650-383-8984.