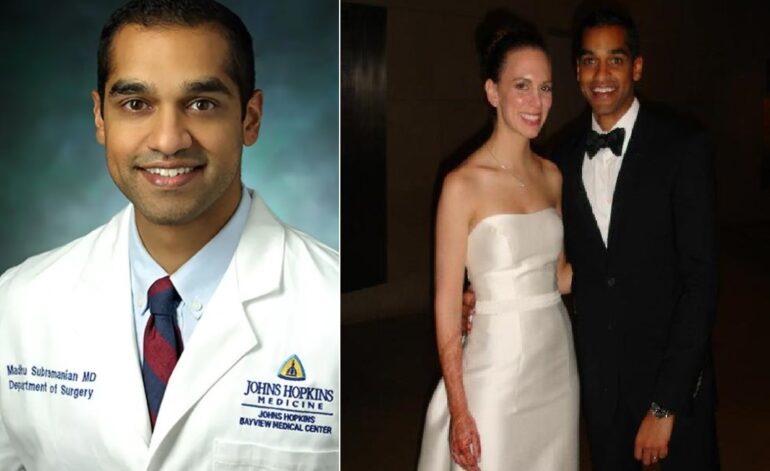 BALTIMORE, Maryland—Another Baltimore trauma surgeon was shot during an attempted carjacking on his way to work on Friday, April 1.

Dr. Madhu Subramanian, 38-years-old, was ambushed by two dark-colored cars that tried to block him in around 7 a.m. at the 1200 block of East 36th Street in Northeast Baltimore.

Neighbor Menchin Liu, told CBS Baltimore that two armed suspects demanded Subramanian to get out of his car—when the surgeon tried to drive off—they shot him.

Despite being shot multiple times, Subramanian survived and has been released from the hospital after being treated by his own team, reports CBS Baltimore.

Subramanian’s colleague, Dr. Sakran, who himself is a survivor of gun violence said he was “numb and in disbelief” when he heard his colleague had been shot.

As a survivor of gun violence, I can tell you that the physical wounds will heal much quicker than the emotional / mental trauma that this type of tragic incident has on a person.

Grateful for my trauma partners, @hopkinssurgery and @HopkinsMedicine community & leadership.

In early March, 33-year-old ICU Dr. Rakesh Patel was carjacked and run over by his own car while trying to prevent thieves from carjacking his Mercedes E350. He was pronounced dead at the hospital.

Bowser claims the carjacker who ran over and murdered DC doctor Rakesh Patel with his own car "probably didn't intend to kill anybody."

Dr. Subramanian has worked at Johns Hopkins Bayview Medical Center since 2020 alongside his wife, Dr. Erica Hodgman, who is a pediatric surgeon.

“Dr. Subramanian was not seriously injured and has been treated and released,” according to an email sent by Johns Hopkins Medicine CEO Paul Rothman and Johns Hopkins Health System President Kevin Sowers to The Baltimore Sun.