Maryland Doctor Carjacked and Killed By His Own Car 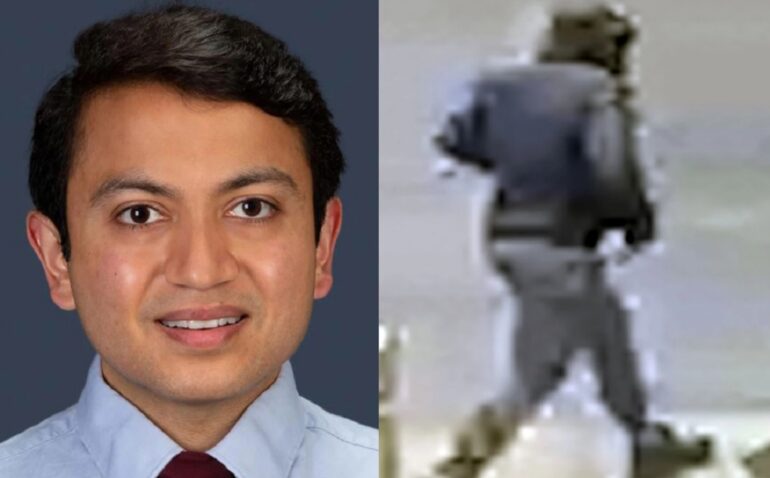 MARYLAND—A carjacker stole a doctor’s Mercedes sedan and struck and killed the South Asian doctor while fleeing the scene in Washington, D.C. on Tuesday night.

33-year-old ICU Dr. Rakesh Patel exited his Mercedes E350, which was still running, to deliver a package to his girlfriend on Vernon Street at around 8 p.m., reports NBC4 Washington.

After Patel stepped away, someone jumped behind the wheel.

Dr. Patel ran to stop the crime and the thief ended up hitting him with his own car at Florida Avenue and 18th Street NW. The carjacker took off and left Patel dying on the street.

Paramedics soon arrived and took Patel to a local hospital where he was later pronounced dead.

“He will be greatly missed by those whose lives he touched. Please keep Dr. Patel’s family and peers in your thoughts and prayers during the days ahead,” MedStar Washington Hospital Center said in a statement.

Rakesh Patel was the youngest of five children, two of whom are also doctors. “I always used to call him my baby,” Charulatta, Rakesh’s mother stated. She added the killing was senseless, “For what? A car?”

Bowser claims the carjacker who ran over and murdered DC doctor Rakesh Patel with his own car “probably didn’t intend to kill anybody.”

Authorities immediately carried out a search for the stolen Mercedes sedan and within hours, found the vehicle Wednesday afternoon about five miles north, at 16th Street and Roxanna Road, near the Maryland border. Authorities believe the car was parked there Tuesday night.

People were seen pouring bleach into the car and taking away its floor mats Wednesday, NBC4 learned. Police believe they were trying to sanitize the car.