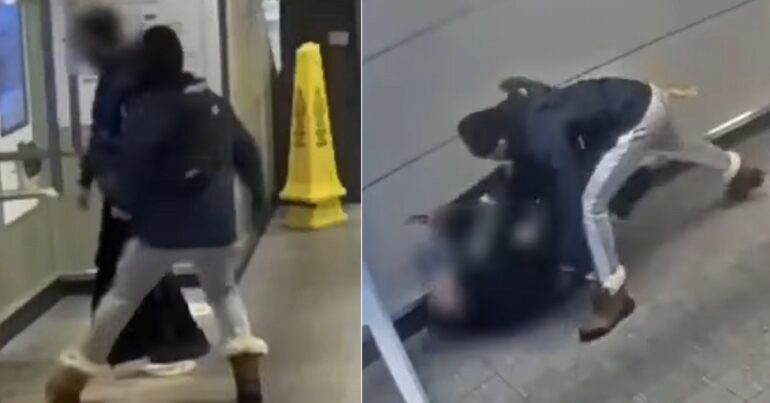 MADISON SQUARE GARDEN, NYC—A parolee has been charged in the robbery and unprovoked beating of a McDonald’s customer near Madison Square Garden.

31-year-old African-American Rasheed Qsundairo was arrested on Tuesday, March 29, a day after 53-year-old Filipino immigrant Melvin Dizon was knocked out cold while trying to order breakfast at a McDonald’s on Seventh Ave as other stunned customers stood by and watched, according to the Daily News.

“I said, ‘Help, help, please call the cops,’” Dizon told the Daily News from his Bellevue Hospital bed. “I was hoping people were going to help me, but they didn’t…they were just watching and they didn’t get involved. I guess they’re scared.”

CCTV footage shows another African-American male customer walking past the beating and trying to order food by the counter.

The NYPD said an off-duty officer on Tuesday alerted them after recognizing the suspect in the subway system. The arrest was made public Wednesday, reports the Daily News.

53-year-old Dizon lives in New Jersey and was on his way to work after landing a job at a W. 37th St law firm when he was savagely attacked.

Osundairo lives in Rosedale, Queens, and was charged with robbery and is awaiting arraignment in Manhattan Criminal Court.