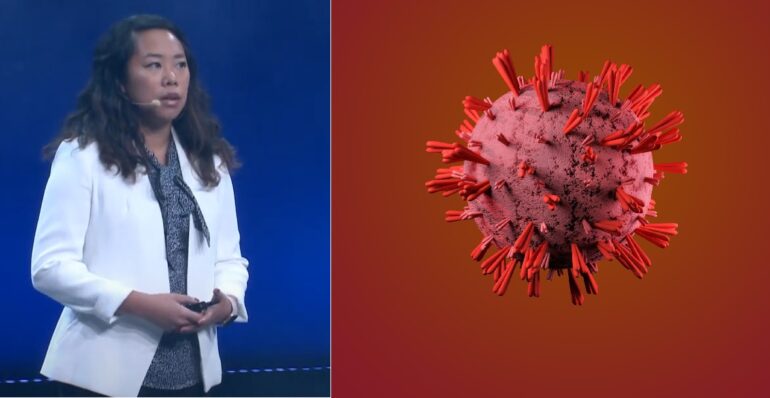 Since the pandemic in 2020, the biotech start-up has nabbed $100 million in contracts with Bayer and Vertex Pharmaceuticals and government grants and has since had its valuation soar to $1 billion with $150 million in a venture deal last September that included Amazon and Apple’s Tim Cook, according to CNBC.

Janice Chen is only 30-years-old.

“Our intention is not to build and sell it [Mammoth] but to become a $100 billion company in next-generation CRISPR technology,” Chen told CNBC. “There are so many creative building opportunities and new technology that can come out of discovery in gene editing.”

“The best analog is, before you had Intel and Microsoft, if somebody wanted to build a new application, they would have to build a whole new computer function with an operating system,” explained Ursheet Parikh, co-leader of Mayfield’s engineering biology investment practice. “You don’t have to build a CRISPR solution from the ground up. You can work with Mammoth to find the right proteins for specific problems,” Parikh stated to TechCrunch.

Chen has created a way for a particular gene-editing enzyme to be used as a diagnostic test. According to MIT Technology Review, Chen’s method locates a specific sequence of viral DNA, cuts it, which then yields a fluorescent signal to indicate the result.

CRISPR is basically modifying DNA with greater precision than what existed before, thanks to Doudna. The possibilities of gene editing can ultimately lead to correcting genetic errors that cause disease, eliminating the microbes that cause disease, resurrecting extinct species, creating new and healthier types of foods, eradicating the planet’s most dangerous pests, and much more. The possibilities are endless.

“She has a rare skill set to conceptualize the future and what this technology can do for humanity,” said another of her investors, Harsh Patel, co-founder and managing director at Wireframe Ventures stated to CNBC. “She can turn incredible science in a lab into commercial technology products. It’s a big leap away from the lab.”