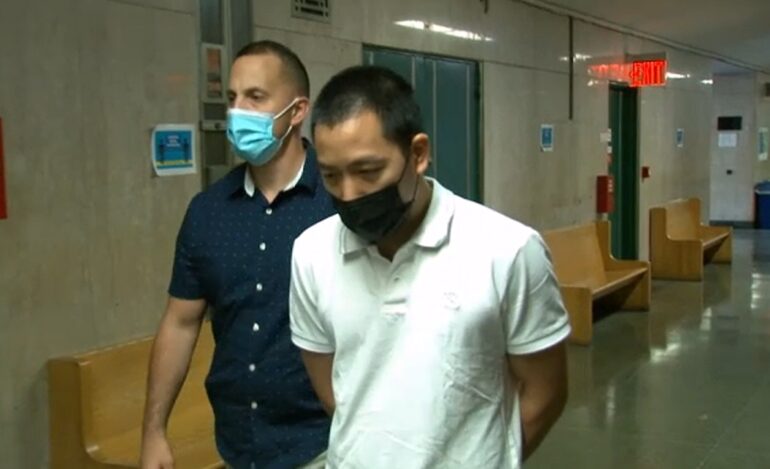 In the latter incident at the 96th Street subway station, Wong observed officers under his supervision arrest a man who had punched another passenger.

As the suspect was being led away, “he yelled obscenities and anti-Asian slurs at Wong, then kicked Wong in the leg,” prosecutors said in a statement.

That’s when Wong and another officer took the handcuffed man to the ground and Sgt. Wong put his knee on the suspect’s back. The suspect continued to racially insult Wong before he cried out, “I can’t breathe!”

Wong replied: “I don’t give a f**k if you can breathe or not!” before punching the suspect in the face, according to prosecutors.

In the first case, Wong and two other officers took a suspect to a holding cell in Harlem on October 4, 2019, when the man kicked the cell door and spit at officers, authorities said.

Wong punched that suspect in the face, causing the suspect to be taken to a hospital, where he was treated for a laceration above his right eye, which required stitches.

Authorities admit Wong was subjected to constant racial insults while on the job, however, pointed out the public has every right to insult Wong because that’s their First Amendment right.

Supreme Court Judge Curtis Farber ordered Wong to serve two years of probation, undergo anger management counseling, and perform 70 hours of community service. Sergeant Wong is still employed by the police department but is in a disciplinary process that could get him fired, reports NBC News.