MANHATTAN, New York—A Manhattan judge on Monday tossed a lawsuit brought by an Asian NYPD detective against an African-American man who spewed racist slurs at him—saying while the tirade was “obscene,” it still constitutes as protected speech.

Det. Vincent Cheung brought the complaint, then believed to be the first of its kind, against Black Lives Matter supporter Terrell Harper, who was caught in a 10-minute video calling the Asian-American NYPD detective a “goddamn cat eater” and asking if he was “going to Judo chop him,” reports the New York Post.

“The video speaks volume[s],” Manhattan Supreme Court Justice Shlomo Hagler stated during a virtual hearing Monday of the March 11, 2021 incident. “The obscenities, the diatribes, the hateful and obscene words were said, there is no doubt to that.”

“Such conduct should be condemned and has no place in a civil society,” Hagler continued.

Upon dismissing Cheung’s lawsuit, the jurist acknowledged that the US Supreme Court has held that even hate speech is free speech protected under the First Amendment, according to The Post.

Courts “have upheld the law that the First Amendment is sacrosanct and the ability to protest is something that the legislature wishes to encourage rather than having the right to free speech curtailed,” Hagler said.

“Hate speech is free speech,” Green added. “The Supreme Court has said it over and over again.”

Cheung’s lawyer James Moschella asked the judge to rule against the legal precedent.

After the hearing, Moschella told The Post that he is disappointed and will likely file an appeal. 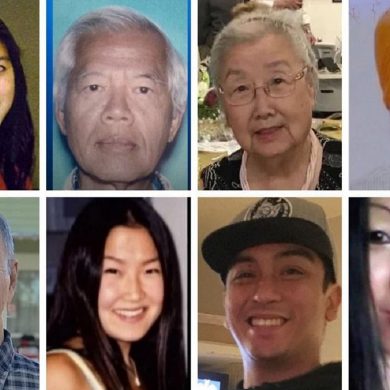