SAN FRANCISCO, California—The Liao family are finding themselves between two competing social movements. On one side, Asian-Americans demanding justice to ensure their voices are heard in the criminal justice system as attacks against Asians have reached epidemic proportions.

On the other side, San Francisco District Attorney Chesa Boudin’s ultimate woketopia master plan, “restorative justice,” aimed at keeping people out of jail and concentrating on the rehabilitation of offenders.

Jack Liao’s 84-year-old grandfather was viciously jump-kicked by 24-year-old Eric Ramos-Hernandez back in February 2020. The kick caused elder Liao to fly out of his walker and hit the sidewalk pavement. It was one of many attacks against the Asian elderly predominantly perpetrated by members of the African-American community. Latinos attacking Asians is rare when compared to most.

According to Here/Say Media, the elderly Rong Xin Liao speaks very little English and was relying on his 26-year-old grandson and other family members to translate the court proceedings last week. There was just one problem, there was no trial and the attacker—Eric Ramos-Hernandez—wasn’t even in the courtroom because he’s not being sentenced for anything.

In an interview with Here/Say Media, Jack Liao explained how shocked he was, “I started asking everybody I could what was going on because I had no idea.”

The Liao family is now speaking out against the San Francisco District Attorney’s office who intentionally kept them in the dark about what was happening with Hernandez and used Rong Xin Liao’s age and lack of English comprehension to misrepresent his wishes.

The Liaos wanted Hernandez to be prosecuted because he is dangerous. However, Chesa Boudin’s office “thought” Liao didn’t want Hernandez prosecuted and dropped the case. The Liao’s allegations would constitute a violation of Marsy’s Law, a state law that grants certain rights to victims and their families, reports Here/Say Media.

According to Jack Liao, the DA’s office told the family his grandfather did not want to press charges. The family says Rong Xin Liao would have never said that.

After the attack, Jack Liao explained his grandfather underwent surgery to relieve brain swelling and sustained a broken collarbone, a skull fracture, and most likely brain damage. The attack also left a permanent psychological toll. His grandfather loved walking around the city and playing Bingo with his friends. He is now scared to leave his senior home.

“We just want my grandpa to feel safe; we want everybody to feel safe,” Jack Liao said. “I’m 26 years old, and even I don’t feel safe. My firm stance is that this was a violent hate crime, especially because of the rise in stigma against Asian Americans. It disgusts me that our DA and justice system is failing us and refusing to take this as seriously as a hate crime, and I find that even more ridiculous because a lot of Asian hate cases are blowing up around the country.”

“When I talked to my grandfather two days ago he said he definitely wanted the attacker to be punished,” Jack Liao said, also pointing to an interview his grandfather did with ABC7’s Dion Lim, where the grandfather says, “I want a very strict punishment…but I don’t want him to be executed.”

According to Jack Liao, he and his father were only contacted by Chesa Boudin’s office twice in 2020, right after the attack happened. However, the DA’s office allegedly went behind Jack and his dad’s back and spoke with the grandfather multiple times throughout 2020 and the case proceeded, according to Here/Say Media.

“They expected a senior citizen who was traumatized and confused and doesn’t understand English, to understand legal jargon,” Jack Liao said. “When old people don’t understand, they just smile and nod.” 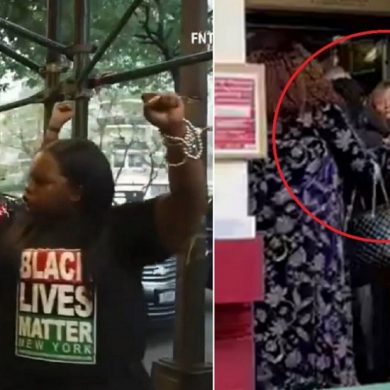