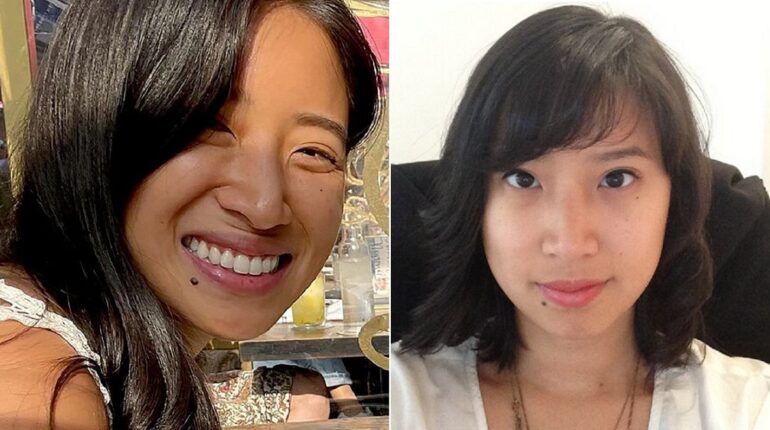 The memorial, which featured flowers, candles, and signs decrying anti-Asian hate located in front of the building where Lee was viciously murdered was partially vandalized—including the “Stop Asian Hate” sign.

“This morning, the candles that we have all lit as a community for her during the vigil, and we all left out there were smashed. The ‘Stop Asian Hate’ sign was torn. One sign was ripped up. I threw it away,” Brian Chin, Lee’s landlord said on Wednesday.

“I had to clean up all the shattered glass. I try to put the sign back together as best as I can…They try to desecrate her as much as they could and we as a community are beyond fed up, we are beyond angry and we are tired of being attacked,” Chin added. “We are tired of seeing this hatred and we are not going to stand for it anymore,” Chin told The Post.

Christina Yuna Lee was stabbed 40 times and left to die in her own bathtub by 25-year-old African-American Assamad Nash early Sunday morning, February 13.

“No Forgiveness This Time! Don’t Go to That Nail Shop!”

However, how would the African-American community respond if an outside community murdered multiple Black people on a daily basis? History shows they would riot and burn surrounding neighborhoods to the ground.

“You don’t desecrate a memorial like this…on top of this horrific event, that’s the last thing we need,” said the director of Chinatown Business Improvement District, Wellington Chen.