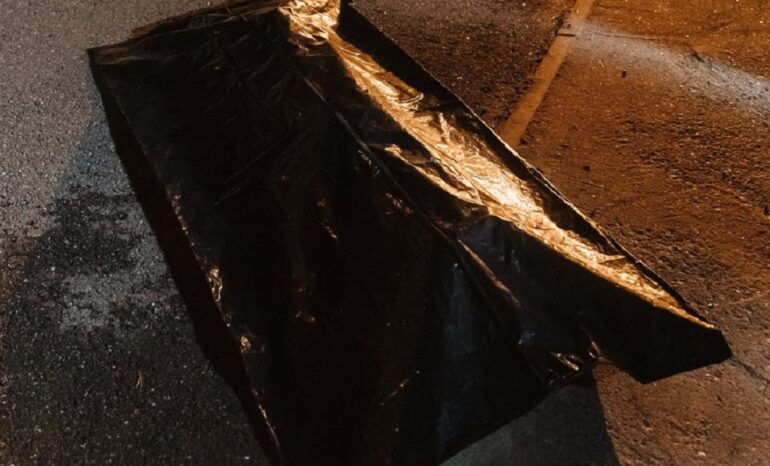 Footage showed the African-American male suspect following the 35-year-old victim on the street as she enters her Chrystie Street apartment building, following close behind as she opens the front door and walks into the hallway.

Minutes later, a neighbor across the hallway of the victim’s sixth-floor apartment called 911 around 4:30 a.m. after hearing her screams during the brutal stabbing, reports the New York Post.

“Then, he waited until her door was just about closed and he went in.”

The victim’s name is being withheld pending family notification. She was found in the bathtub “bleeding from multiple wounds of the body,” according to an NYPD spokesman.

Authorities are acknowledging the victim is an Asian woman, however, they do not suspect the incident was racially motivated.

“So much blood,” the building’s owner said. “My wife said I should call someone to clean all the blood but I’m going to clean it up myself. It’s the least I can do for that poor girl.”

Asian Man Assaulted and Robbed of Truck in New Orleans

Responding police officers found the suspect, identified as 25-year-old Assamad Nash, still inside the apartment and covered in blood. Nash allegedly tried to flee the scene via fire escape before barricading himself inside the building, reports The Post.

Nash is a homeless career criminal with three open cases and a record of several escapes from police custody, according to The Post.

He was arrested around 6 a.m. and taken to Bellevue Hospital. Nash has more than a half-dozen other arrests dating back to 2015.