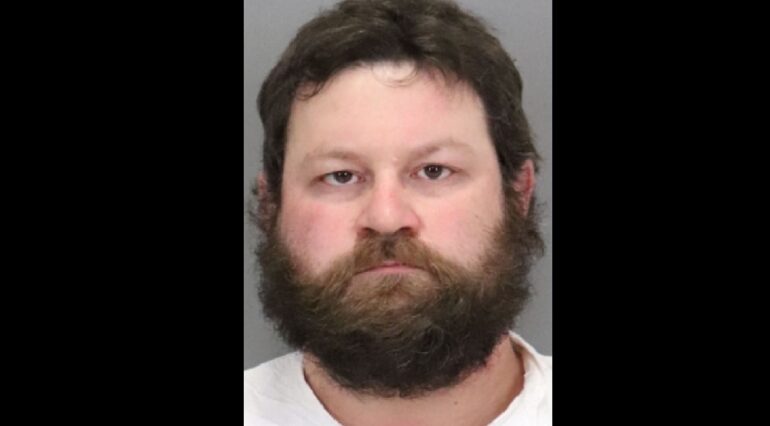 MILPITAS, California—Investigators have begun unraveling a gruesome murder in a Milpitas mobile home park after the body of missing 59-year-old Tuyet Phan was discovered buried in a makeshift backyard grave and her neighbor was charged with the stunning murder.

The series of events began when police got a call from a concerned relative of Phan who lived in No. 18 at the Mobilodge of Milpitas, reports KPIX5.

“She was concerned that she had not heard from the victim in several days,” stated lt. Tyler Jamison.

Officers were dispatched, knocked on the door, but got no answer.

According to KPIX5, officers returned to the neighborhood the next day. They knocked on the doors of multiple neighbors including across the street where Micha Dovlet lived.

While speaking with 34-year-old Dovlet, officers noticed he had scratches on his arm. He agreed to go to the police station for questioning.

Police then obtained a search warrant for Dovlet’s home where they found bloody sheets in the trash can as well as traces of blood in his truck and bathroom. Dovlet has since been charged with murder, reports KPIX5.

On Tuesday, detectives returned with a cadaver dog that altered them to a pile of fresh dirt in Dovlet’s backyard. They then found Phan’s body. Dovlet confessed and told detectives the murder happened early Saturday morning.

Detectives are still working on a motive.

Neighbors at Mobilodge were stunned. Mobilodge is a third of a mile from the Milpitas Police Department and neighbors told KPIX5 they often leave their doors unlocked.

“I was just dumbfounded. I mean you see that on TV. You see that on the crime scene things, but not here. This was unreal,” said neighbor Phyllis Caswell.

That timeline adds up for neighbors Wilma and Valfin Guarin. They heard screaming at 4 a.m. but assumed it was noise from nearby Milpitas Boulevard.

“We don’t know where the voice is coming from because there is no “help” – just screaming and then suddenly crying,” Wilma stated to KPIX5.

Anyone with information about the investigation is asked to contact the Milpitas Police Department at (408) 586-2400 or leave an anonymous tip at the department’s crime tip hotline at (408) 586-2500 or via the police department’s website at: http://www.ci.milpitas.ca.gov/crimetip