Sen. Cruz and 80 Colleagues Want to End Racism Against Asians in Colleges 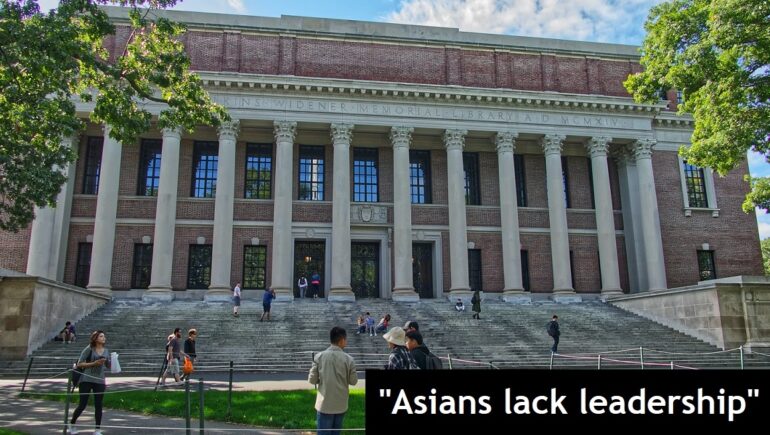 Both mentioned schools have admissions policies that have disenfranchised Asian-Americans by applying racial preferences to discriminate against Asian-American applicants despite Asian students having superior GPAs and SATs scores than any other racial group as a whole.

Countless groups have denied Harvard uses racial preferences, even though Harvard’s own campus newspaper, The Harvard Crimson, was forced to publish a secret study in October 2018 by the Trump administration. This secret study took place from 1995 to 2013 and proved by Harvard’s own admission, that Asians have superior GPA and SAT scores than any other race.

“Harvard College and the University of North Carolina indisputably use race as an important consideration in deciding whom to admit. Record evidence suggests, in fact, that the challenged admissions policies may strive for racial balancing—an aim that is unconstitutional on its face,” the bipartisan group wrote in a statement.

Harvard used personality scores to limit the number of Asian students being accepted into the school. Although Asians were superior in grades, Harvard was able to score them lower in personality traits like leadership, courage, likability, kindness, and being “widely respected,” according to the New York Times.

Remember, Asians lack leadership. That’s why Harvard alumni President Barrack Obama had to personally use his veto power to stop Samsung from blocking Apple’s ability to use 3G, future 4G, and eventually 5G, after Samsung won an ITC patent ban. Asian leadership is so lacking, that Apple needed a presidential intervention to save itself from Samsung in 2013.

“Race-conscious admissions decisions inflict a heavy toll on Asian-American students. Treating them differently because of their race is a stark departure from equal protection decisions issued early on by this Court, which guarded Asian immigrants from racial prejudice. And the burdens imposed on petitioner illustrate a wider trend. Asian-Americans are increasingly victimized by discriminatory practices,” the statement continued.