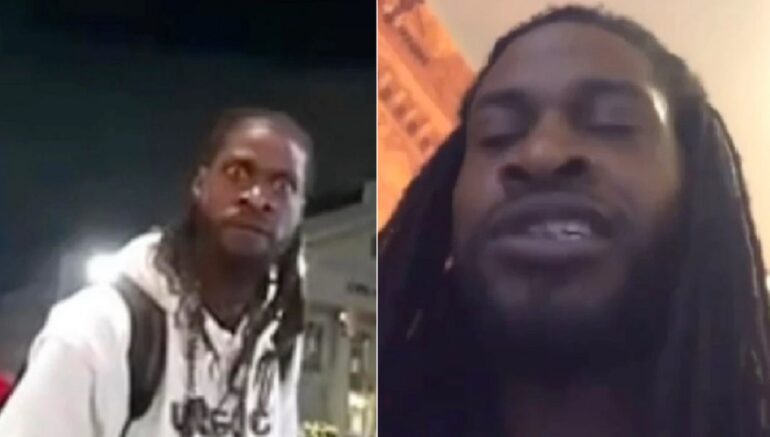 NEW YORK CITY—Detective Vincent Cheung, who is a 16-year-veteran with the NYPD filed a lawsuit against Black Lives Matter supporter Terrell Harper for racial insults he was subjected to on March 11, 2021, during a New York City protest, according to New York Post.

The lawsuit is believed to be the first of its kind, according to DEA attorney James Moschella.

During a March 11 protest, Harper was captured on camera repeatedly belittling, insulting, and harassing Detective Cheung. From “goddamn cat eater” to asking if “he can see right?” because Asians have slanted eyes.

“You going to Judo chop me?” Harper also said to Detective Chung. The video was released by the Detectives Endowment Association, which filed the suit on behalf of Detective Cheung at the Manhattan Supreme Court on Tuesday, April 20, 2021.

An Asian activist named Megan Watson, who is Korean-American and attended several marches with Terrell Harper, defended his racism in a New York Times article.

[Megan Watson] agreed that the lawsuit was a way to scapegoat a protest leader and deepen longstanding tensions between the communities. She compared Mr. Harper’s monologues, which she had observed, to comedic roasts, but said that she had not heard him use anti-Asian language before. She had, however, spoken to him about the video, she said to the New York Times.

It’s only racist when a Caucasian person insults Asians.

Terrell Harper made headlines again last week when he posted a disturbing video on his Instagram Stories, which featured a photo that appeared to be NYPD officers lined up outside the funeral Friday for Det. Jason Rivera, reports the New York Post.

“That’d have been a wet dream to f–k that funeral up, bro,” Harper, 39, sneers in the video, which sources said was posted on Saturday.

What sort of mental gymnastics Megan Watson will use to defend her friend, Terrell Harper this time?