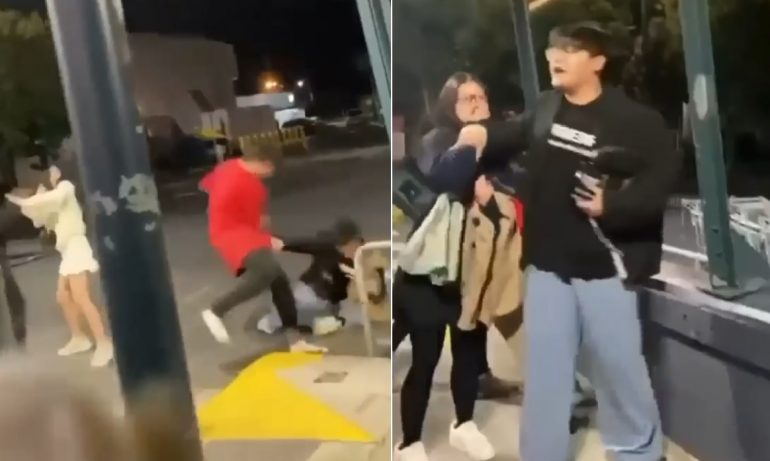 INALA, QUEENSLAND, Australia—Multiple reports are coming in about a group of three Aboriginal teen girls and one Caucasian male attacking a group of Asians in Inala, Queensland. It’s unclear if all three Aboriginals are girls—since most of them look like men—current witness accounts state they are female.

Two Asian females and one male can be seen being cornered by the group of savages. Like a pack of hungry hyenas, the group of Aboriginals can be seen attacking the more visibly terrified of the three by pulling her hair and punching her in the face repeatedly.

The group of teens can be heard laughing and screaming as they attack and rob the two Asian women with the Asian male trying to protect them.

Furious Asian netizens have begun bombarding the social media accounts of the alleged perpetrators. One Asian stated, “Maybe Japan trying to turn Australia into a Japanese colony back in WWII wasn’t such a bad idea. They would have taken care of that former penal colony and the Aboriginals in their ‘special’ way.”

Authorities have gotten into contact with one of the victims and a police report has been filed. Further action will be taken, however, the attack happened overnight and the investigation is still ongoing.