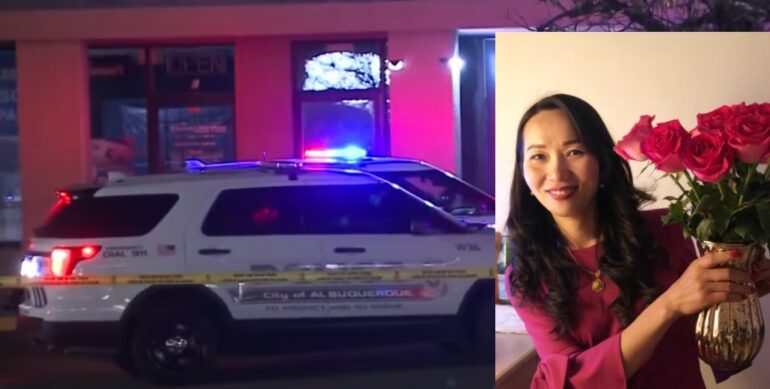 ALBUQUERQUE, New Mexico—Standing just 5’5” tall and weighing around 105 pounds, Sihiu Fang and her close friend, Rod Honstein, strategized what to do if her shop was ever targeted after hearing about several armed robberies at local massage businesses.

Fang came to the conclusion she would try to run and if that didn’t work, she would comply with demands.

“And if that didn’t work, we had a gun in the shop and she would only use that gun if she was 100% sure they would kill her,” Honstein told the Journal.

In the end, 45-year-old Fang would die fighting like a bat-out-hell.

Fang grew up in an impoverished Chinese village and would eventually become a successful entrepreneur in Albuquerque. However, her life would come to an end Monday night, January 24, in a gunfight with an 18-year-old robber inside her massage spa, according to the Journal.

Security footage showed Jorge Rivera-Ramirez paid for a massage to get inside before forcing Fang, at gunpoint, to open the door for an accomplice, according to police. Fang tried to run but Ramirez is seen dragging her by the hair to the back office.

The video then cut out, but investigators believe Fang gave the men $500 before she retrieved her gun and fired at Ramirez. During a preliminary investigation, detectives believe Ramirez ran into another room before shooting back at Fang, killing her.

Ramirez was shot multiple times during the gunfight and is currently recovering in the hospital. His accomplice is still on the loose.

Witnesses say there was blood everywhere. Inside, outside, on pillars.

Honstein told the Journal he was the first person to enter Wonderful Massage spa after the police left.

“You can’t believe what you would have seen inside this shop. I mean, it was total devastation,” he said. “And this lady fought with every ounce of her strength to survive.”

Fang had a recent close call of an attempted rape and soon after, videos of armed robberies at other spas made the rounds among Asian business owners.

According to the Albuquerque Police Department, the homicide may be tied to a string of two-man robberies at Asian massage businesses around the city due to similarities in the case, particularly the disabling of security cameras.

Honstein said Fang moved to Shanghai after eighth grade and then to the United States by her early 30s, becoming “perfectly conversational” in English with no formal teaching. Honstein, who is almost 30 years older, said he met Fang in 2017 when she offered to help him learn Mandarin for a planned trip to Asia. By that time she owned her own home, car, and a thriving business, one that boasts numerous Yelp reviews of people thanking her for curing their sciatica and sports injuries, according to the Journal.