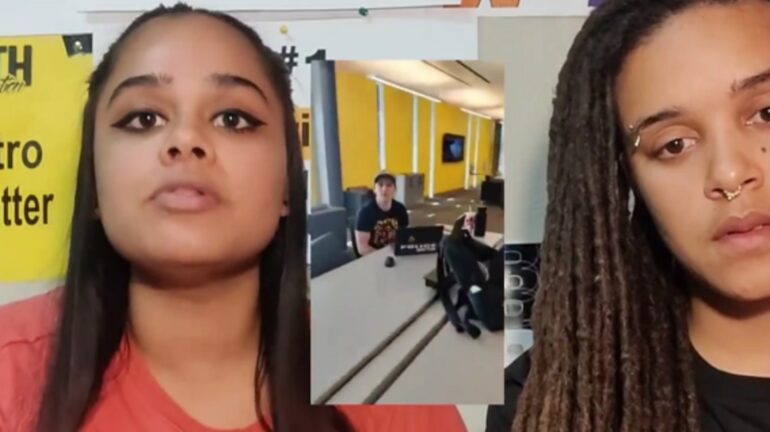 ARIZONA STATE UNIVERSITY—Mastaani Qureshi and Sarra Tekola, who identify themselves as Pakistani and Black, have been found in violation of ASU policy, for confronting two Caucasian students over a “Police Lives Matter” sticker on their laptop back in September 2021.

At the time the clip was posted, Qureshi and Tekola were angered the two Caucasian students entered the multicultural center with a “Police Lives Matter” sticker, wearing an anti-Biden T-shirt, and a Chick-fil-A cup.

The now-viral video showed the two women filming the confrontation and telling the men that “this is our space” and “you’re making this space uncomfortable.”

“Every single part of the campus centers you,” one of them said. “This is the only space that you’re not centered, and you’re still trying to center yourself.” The men respond by filming as well, saying, “We’re getting kicked out, can’t do school. You just said we have to leave.”

🚨 This insanity is happening on college campuses pic.twitter.com/BrVxICZYqP

Thousands of African-American commentators chimed in. Many of them said similar things throughout the comment thread. “White America is over. It’s time for BLACK America, the true AMERICA.”

At the same time, both Qureshi and Tekola say they received violent threats since the incident; on a daily basis. However, both women had no problems doxing the two Caucasian students.

After both women were found in violation of ASU policy, they were told to “prepare a reflection commenting on how [they] might approach such a situation in the future to facilitate a civil dialogue.”

Both women say they will not participate in the remedial action process.