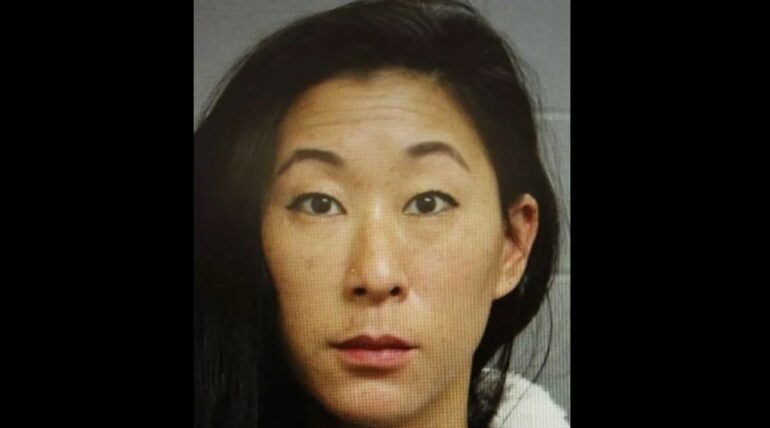 WATERTOWN, Connecticut—Kerry Lyn Caviasca, a Watertown resident and teacher with the Waterbury Public Schools, allegedly left her kids—who are both under the age of 12—home alone for two days in November while she partied down in Florida with her boyfriend.

Caviasca’s ex-husband reported the incident to the Watertown Police Department in December. Kerry had primary custody of the children, who survived on candy, snacks, and Uber Eats deliveries, according to the New York Post.

The ex-husband explained to police he sent his father to the house to check on the children, but he wasn’t able to reach them. When he later asked the children whether they had been left home alone, they told him no, but he didn’t believe them, reports The Post.

Upon going through messages on a smartphone he provided for one of the kids, it was revealed several text messages between the children and Caviasca were exchanged.

The messages showed one of the children asking the mother what they were supposed to eat for dinner that night.

“Just eat candy,” Caviasca wrote. “Whatever [sic] is downstairs.” She added “there’s so much downstairs” and “I’ll make it up to you,” according to court documents.

Another text message from Caviasca showed that she asked one of the children to delete the messaging app from the phone. More messages showed Caviasca following up with the children to make sure the app was deleted.

She also told her children to subsequently stay in the basement and not go upstairs. They also did not go to school on Monday.

Caviasca was arrested on January 15 and was charged with two counts of risk of injury to a minor and two counts of reckless endangerment in the second degree. She was released on a $5,000 bond and is expected to appear in court on January 25.

Caviasca has also been placed on leave while the district conducts its own investigation, according to Waterbury Public Schools.