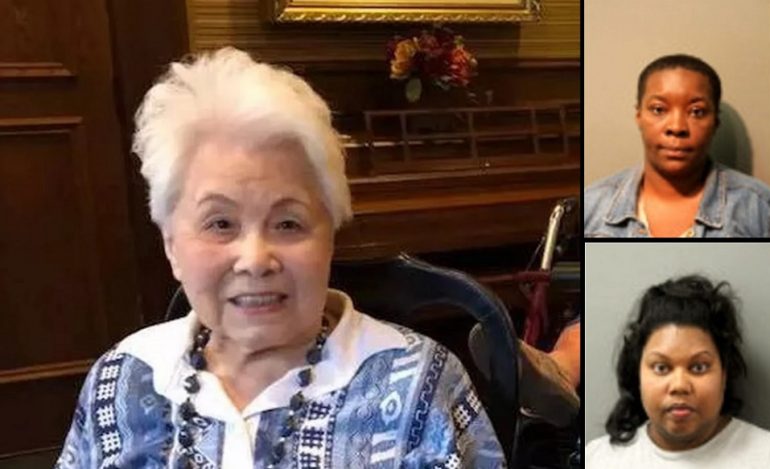 CHICAGO, Illinois—Grace Watanabe, 100, who suffered from dementia and was swindled out of $750,000 from nursing home employees has died, according to CBS2 Chicago.

Back in October 2019, police arrested two employees of Symphony Residences of Lincoln Park for allegedly stealing more than $750,000 from Grace Watanabe who suffered from dementia, according to the Chicago Sun-Times.

40-year-old Tameeka Wolfe and 32-year-old Christina Wright were both charged with one felony count of financial exploitation of an elderly person. Japanese-American Grace Watanabe no longer has any living relatives and is a survivor of the Japanese internment camps during World War II.

She moved to Symphony Residences of Lincoln Park and became increasingly reliant on the facility staff for her everyday care due to her dementia. Watanabe was paying up to $3,600 a month to the facility.

Both women, including other guilty employees, stated they were simply given gifts by Watanabe for doing a good job.

Others say Watanabe owed the African-American employees reparations because she’s Japanese, which makes her “white adjacent.”

However, it’s highly unlikely Watanabe has the mental capacity to understand the situation presented before her. Even so, Symphony’s corporate policy forbids employees to accept any type of gifts from residences. However, Symphony’s administration department did not actively enforce that specific rule.

As of October 2021, Symphony Residences of Lincoln Park was being fined $400 a day as part of a contempt order. The company is refusing to sit down for deposition in a civil lawsuit to which they will eventually be responsible for paying Watanabe back.

“This appears to be yet another attempt to delay having to repay Ms. Watanabe the money that was stolen from her at their facility,” said Cook County Public Guardian Charles Golbert.

According to the Chicago Sun-Times, Golbert took emergency custody of Watanabe and removed her from Symphony back in September 2018 after bank officials alerted authorities about the series of suspicious withdrawals.

“It’s not clear how much longer she’ll be with us,” Golbert stated. “And I think they’re hoping they’ll get off the hook if she dies because as long as she’s alive, they know 100 percent that I’ll be going after them aggressively,”

Watanabe has no living relatives, so if she passes away before the conclusion of the civil suit against Symphony, the beneficiaries of her will—Misericordia and Mercy Home for Boys & Girls—might possibly step in as the complainants.