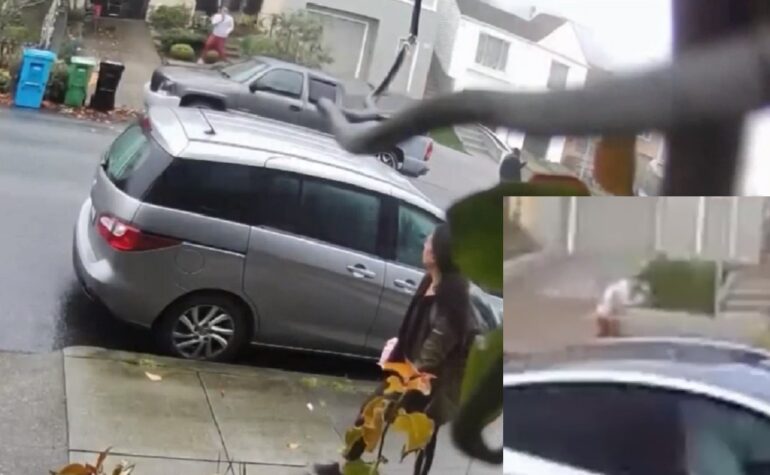 SAN FRANCISCO, California—The crime wave continues in “Woketopia” as people living in Golden Gate Heights say they no longer feel safe in their neighborhood after a fellow neighbor, who interrupted a robbery on the street, was shot at.

“You think you live in the best neighborhood in town and all of a sudden it doesn’t feel safe anymore,” Scott Cho of San Francisco stated to NBC Bay Area.

Golden Gate Heights is one of the best neighborhoods in the city. According to Niche.com, the neighborhood is 42% Asian, 40% White, 9% Hispanic, 6% Biracial, 3% African-American, and 1% other. However, outside forces beg to differ.

The neighborhood is on edge after thieves shot at a neighbor last Wednesday morning, January 5, on 11th Avenue, near Ortega.

Witnesses say a silver car stopped in the road and they saw two men taking tools out of a construction crew’s truck, reports NBC Bay Area.

When the homeowner went outside and hollered with a phone recording in hand, the suspects ran to their car, one firing a shot before taking off.

“My neighbor came out trying to videotape their license plate. He wasn’t chasing them really hard, just following them,” said Brian Seto of San Francisco. “Then I heard a loud pop.”

Thankfully, no one was hurt.

“I saw Nick ducking the bullet,” said Cho. “The shot, I thought ‘are you kidding me?’”

Mayor London Breed and District Attorney Chesa Boudin continue to reiterate crime is down across the board and these numerous cases of theft and violence are isolated incidents and that the public is most likely overreacting.

According to London Breed, Walgreens are shutting down across the city because San Francisco has too many Walgreens and the mass shutdowns are due to over-saturation; not massive amounts of shoplifting.