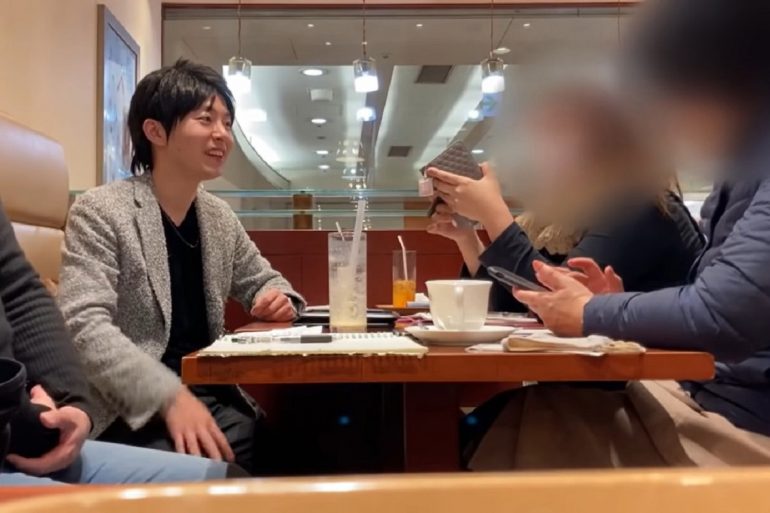 TOKYO, Japan—A serial dater has been arrested in Japan after defrauding 35 women at the same time and receiving gifts and cards from all of them. His name is Takashi Miyagawa and he’s a 39-year-old part-time worker with no fixed address.

Miyagawa was arrested in Osaka after multiple victims came forward, such as a 40-year-old woman whom he told his birthday was in July and he was going to be 35-years-old, however, his birthday was in April and he’s 39. Another victim claims he defrauded her out of 100,000 yen ($930 USD).

A total of 35 victims have been identified with possibly more coming forward within the coming weeks. Miyagawa swindled these women out of various amounts of money, clothing, and other types of gifts.

The 39-year-old met his victims while working for a multi-level marketing company selling hydrogen water shower heads and various other products. He would then strike up a romantic relationship with each one of them under the assumption marriage was in the cards, according to Japan Today.

However, as hydrogen molecules dissolve in water, so did Miygawa’s web of lies. The women he fooled eventually formed a “Victims Association” and reported him to the police last February.

Japanese netizens chimed in. Multiple commentators stated, “Can you imagine the logistical challenges for dating 35 women? I’m not condoning what he did but I’m curious how he managed to pull this off up until he didn’t.”