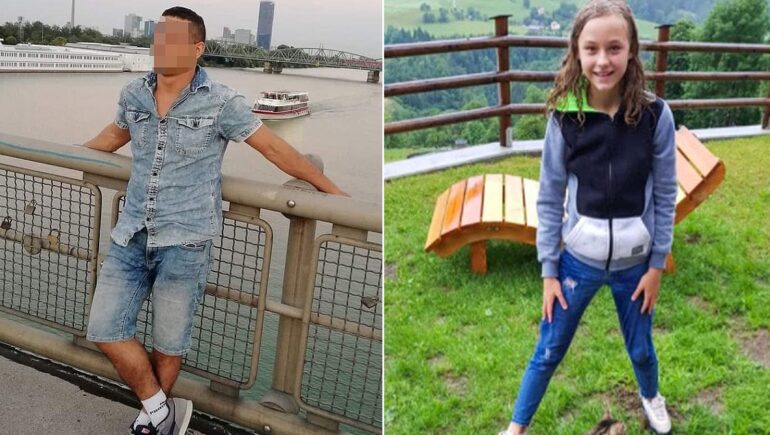 UNITED KINGDOM—An Afghan refugee named Rasuili Zubaidullah, 23, who drugged, raped, and murdered a 13-year-old Austrian girl last year is using a legal technicality to stay in the United Kingdom, according to court records.

Zubaidullah along with another accomplice met 13-year-old Leonie Walner in Vienna last June. The three took ecstasy and went back to Zubaidullah’s apartment in Donaustadt, where they were joined by two other men, 18, and 23, according to the Daily Mail.

The men allegedly gave the schoolgirl more drugs to “make her compliant” before brutally raping her and rolling her body up in a carpet. Walner’s body was dumped on the street about 330 feet from Zubaidullah’s apartment.

Austrian police arrested the three other men involved, also migrants, after they allegedly boasted to a friend about having wild sex with an underage girl. The friend immediately reported the crime to police, reports the Daily Mail.

Zubaidullah escaped arrest and boarded a boat along with other refugees and claimed asylum in Britain. He provided Kent authorities with a fake name on July 18, 2021, after he crossed the Channel.

However, Zubaidullah was arrested on July 29 at an Ibis Hotel after an international arrest warrant was issued. He was actually living at a tax-payer funded hostel in Whitechapel, east London for two weeks before his arrest, according to the Daily Mail.

After a hearing the other day, Zubaidullah’s lawyer Ben Keith objected to his extradition under Section 12A of the Extradition Act 2003, by claiming he has “not yet been charged or tried” in Austria yet.

District Judge Michael Snow deferred judgment until January 12, to give Zubaidullah’s lawyer—who is self-isolating due to the pandemic—time to have an in-person conference with his client to discuss whether to appeal if it is decided he should return to Austria.

German nationalists/pro-Japanese Imperialists are making in-roads to winning back power in Germany and Austria due to increasing anti-immigrant sentiments around the European Union. Japanese naval flags are being proudly displayed again in German right-wing rallies.

Multiple cases in the United Kingdom, Germany, France, Sweden, Norway, and Italy are raising alarms to whether proper vetting is being conducted on in-coming Afghan refugees as border crossings have reached a record high.