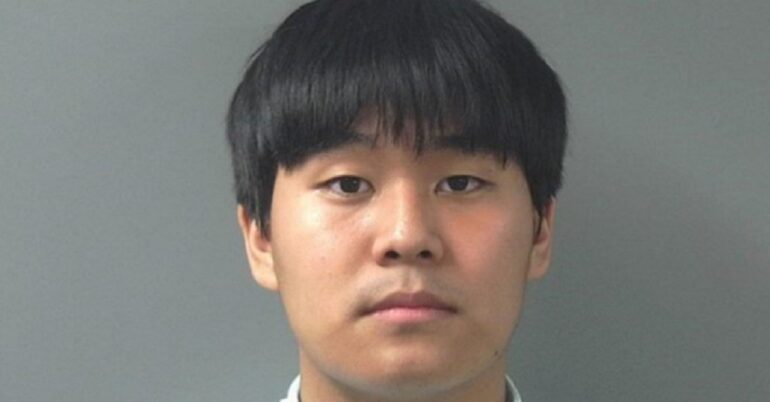 BLOOMINGTON, Indiana—Dongwook “Mikey” Ko, 19, was convicted of attacking a 13-year-old girl with a knife at the University of Indiana’s Jacob School of Music during a Strings Academy summer camp in 2019; Ko was only 17-years-old at the time.

Now, Ko is being charged with conspiracy to commit murder after attempting to hire his cellmate to kill others associated with him being convicted of that crime, reports WBIW.

Ko lured his female victim from the practice room in the Music Annex building to the fourth floor of Merrill Hall, where he stabbed her with a knife and tried to strangle her.

An employee heard the girl’s screams and quickly intervened. The 13-year-old victim was beaten, strangled, and suffered more than a dozen wounds that required stitches, according to WBIW.

He was only sentenced to serve eight years on home detention and two years on probation.

According to WBIW, Ko is a citizen of South Korea but lived in the United States with his mother. He was in the country on a student visa at Indiana University.

Days before Ko was sentenced, immigration agents picked Ko up at his mother’s home and took him into custody because his temporary U.S. residency visa was revoked. He was soon ordered to be deported and has been held on an Immigration and Customs Enforcement detention order ever since.

However, the little psychopath decided to use that time to plot the murders of 14 people. According to a probable cause affidavit, Ko wanted his 39-year-old cellmate at the Clay County Jail, who he believed to be a gang member, to torture, disable and kill 14 people who were responsible for him being convicted and being incarcerated.

Those included in Ko’s hit list were the 13-year-old victim’s parents, defense witnesses, two prosecutors, and a journalist who covered the case, according to WBIW.

He allegedly offered to pay his cellmate $20,000 and also provided a detailed map of where the victim’s father lived and worked. Ko also allegedly told his cellmate he would arrange to post the cellmate’s $2,500 bail so he could carry out the murders.

South Korea Leads in Innovation, America Drops Out of Top 10

To blow people’s minds, Ko’s mother was depositing money into the cellmate’s commissary account at her son’s request.

Thankfully, the cellmate was actually working with investigators and was able to record conversations with Ko about his murder plans. The cellmate even used an iPad to call his “uncle” who was going to help arrange the murders. Turns out, the “uncle” was actually a Monroe County Sheriff’s Department detective.

Ko even provided a detailed list on how he wanted each victim tortured, how long, and how they should be killed.

Ko will now remain in Indiana to face this new slew of charges.