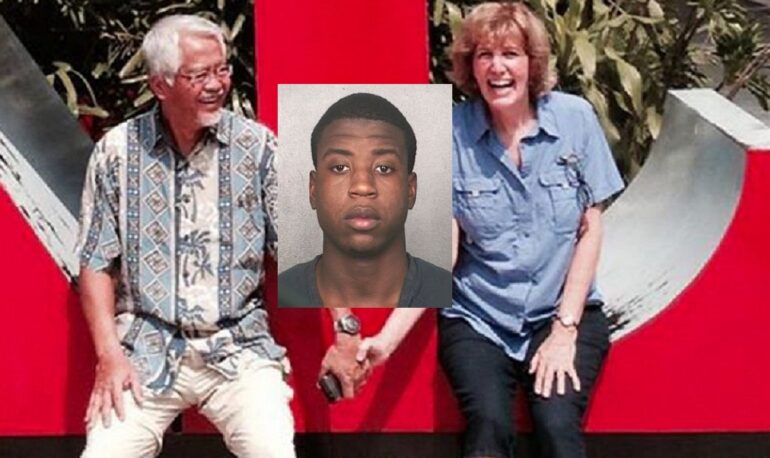 FORT LAUDERDALE, Florida—A judge has declared a mistrial in the Jill Halliburton Su murder trial. Jill was the heiress to the multi-billion dollar oil empire, Halliburton.

27-year-old Dayonte Resiles was on trial for the 2014 murder of Jill Halliburton Su, the grandniece of Halliburton oil founder Erie Halliburton and wife of Dr. Nan Yao Su, professor of entomology at the University of Florida’s Research and Education Center. She was found tied and stabbed to death in her own home in Davie, Florida.

Police say Resiles broke into the Su residence to commit burglary. When he discovered Jill inside, he tied her up, placed her in the bathtub, and stabbed the 59-year-old wife and mother between 23 to 27 times. The Broward Medical Examiner stated Jill also had more than 20 “blunt force” wounds.

Resiles’ DNA was found on a glass door believed to be the point of entry, and on a knife found on the front doormat, however, the knife wasn’t the murder weapon. Resiles was arrested soon after the murder.

Two years after Resiles’ arrest, he escaped from a downtown Fort Lauderdale courthouse in 2016, however, he was caught six days later.

The murder trial ended on Wednesday, December 8, with a hung jury. Three jurors were unwilling to convict Resiles based on his race, reports WSVN.

“[The three jurors] said, ‘I don’t want to send a young Black male to jail for the rest of their life or have him get the death sentence,’” said the foreperson.

According to the Sun-Sentinel, the 36-year-old forewoman in the trial described herself as a mixed-race Puerto Rican and mother in a “blended family” of five children, ranging from 3 to 17.

Two of the three Black jurors who refused to convict Resiles accused her of not caring for Black lives and the defendant. She was tempted to show pictures of her “dark-skinned” mother and brother to prove her blackness.

Resiles was facing life in prison and possibly the death penalty for the murder of Jill Su. The jury deliberated for six days and came back with manslaughter.

“The whole time I’m staring at the judge and at the clerk, and we’re locking eyes, and I’m looking at each one of them,” said the juror. “They’re just waiting for my verdict of either ‘yes, I agree’ or ‘no,’ and I just couldn’t, and that’s why I said no.”

Most of the jury was actually ready to convict Resiles of at least second-degree murder, but the three jurors refused because the defendant is Black. The jury then compromised on manslaughter, however, manslaughter was also deemed “too harsh” for a young Black man with his whole life ahead of him.

“You guys keep saying ‘a young Black man,’ but I don’t see race. I just see a human being, and you know, one particular person said to me, ‘Hey, if you were outside this courtroom, you would have gotten smacked out in the street for this,’” said the juror.

According to WSVN, Resiles will be tried again in January with a new jury.