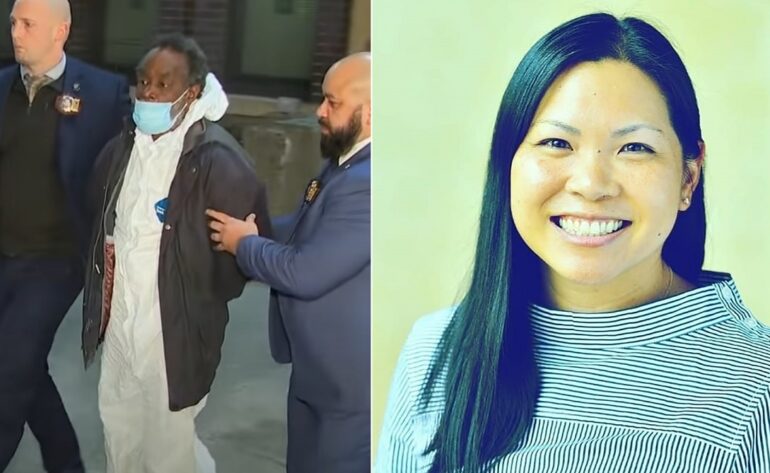 NEW YORK CITY—The homeless man who admitted to fatally shoving Michelle Go into an oncoming train at the Times Square subway station was deemed mentally unfit to stand trial, according to a court official on Tuesday, March 22.

Psychiatrists at Bellevue Hospital made the determination about 61-year-old Martial Simon after a medical evaluation, reports the New York Post.

Simon has been held at Bellevue in Manhattan since his arrest on murder charges in Go’s death.

The horrifying episode unfolded around 9:40 a.m., January 9, 2022, when the Asian woman was struck by a southbound R train at the Times Square N/Q/R line on West 42nd Street and Broadway, an NYPD spokeswoman stated.

According to reports, “the attack appeared to be random.” The victim was with two other women when she was pushed. However, she was not the suspect’s first target.

40-year-old Michelle Alyssa Go was an MBA graduate of NYU’s prestigious Stern School of Business. She lived on the Upper West Side and worked for Deloitte in strategy and operations and mergers and acquisitions.

Mayor Breed Spent $2.6M to Protect Herself While Defunding $120M From Police

Simon served two stints in state prison for robbery and attempted robbery and has been diagnosed with schizophrenia and has been in and out of mental hospitals for more than 20 years, according to The Post.

Prosecutors requested two weeks to review Simon’s mental-health evaluation, but his attorney Mitchell Schulman expects Manhattan District Attorney Alvin Bragg’s office will “confirm” the findings, which means Simon would be locked up at a mental health hospital instead of prison, reports The Post.