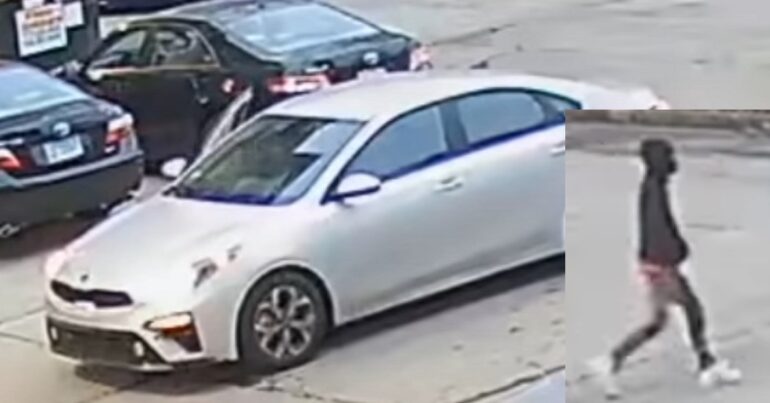 CHICAGO, Illinois—Police are asking for the public’s help locating a suspect wanted in the deadly shooting of a 59-year-old man in Lincoln Square, reports WGN9.

About 6:30 a.m. Wednesday, December 1, police responded to the 2600 block of West Catalpa on the report of a shooting. After a preliminary investigation, police believe 59-year-old Rae Park was shot and killed during a robbery attempt as he sat in his car.

Surveillance footage shows the suspect, who was wearing a dark hoodie with a yellow logo, dark pants, and white gym shoes, approaching Park’s driver’s side door, according to WGN9.

Park was rushed to a hospital in Evanston and later died from his injuries. The vehicle wanted is a four-door light-colored sedan.

“What everyone saw on video is very random in circumstance, while the other activity is very targeted. People that are in a lifestyle that have conflicts with each other that are passing through the ward,” 40th Ward Ald. Andre Vasquez said. “Nobody wants to see any of it, but I want to make sure people understand the distinction as they’re thinking through everything.”

This is the third shooting in the neighborhood since Friday. According to WWTW, 32 people were shot over the weekend, and nine people who killed in 28 incidents in Mayor Lori Lightfoot’s Chicago.

Cook County alone has already topped 1,000 homicides in 2021, marking the first time the county has surpassed that number since 1994.

Anyone with information to the shootings can leave an anonymous tip at cpdtip.com.