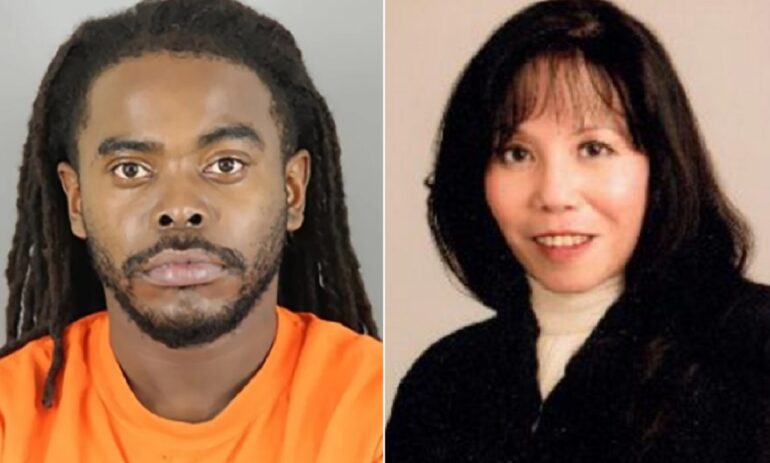 MINNEAPOLIS, Minnesota—Black Lives Matter supporter Cortez Rice, 32, was arrested and charged with attempting to intimidate the judge presiding over the trial of former police officer Kim Potter, who killed Daunte Wright, after he staged a protest outside the door of her condo, reports The New York Post.

Rice was arrested on November 29 and charged with tampering with a judicial officer—a felony.

Rice staged a protest outside what he believed to be the high-rise condo of Judge Regina Chu on November 6, who had initially ruled that cameras would not be permitted in her courtroom for Potter’s trial.

Rice—who previously posed as a nephew of George Floyd—stated in a since-deleted Livestream video, “Tight on her ass, we on her heels. Won’t she think it sweet,” in front of a condo door, according to The Post.

“We want cameras in the courtroom—the people deserve to know what’s going on,” Rice continued, referring to the trial of Kimberly Potter, the former police officer who claimed she thought she was using her Taser when she fatally shot 20-year-old Wright in April.

In an interview last month, Rice admitted he got inside the building and filmed himself inside the hallways and at the front door of the condo that he believed belonged to the judge.

Other footage showed Rice bragging about being inside the condo high-rise, saying, “I was at that b**ch door.”

It’s unclear if Chu actually lives in the condo mentioned, however, a complaint read Rice was trying to “intimidate her and to interfere with the judicial process.”

Rice was transferred to a jail in Hennepin County, Minnesota, where he is being held on $50,000 bail.

Rice stated last month to the Star Tribune, “I just made a live video on it and I was just there to make sure she can hear us.” He believes he was not there “to intimidate her.”

George Floyd’s family members actually sent Rice a cease-and-desist letter to stop him from making claims he was George Floyd’s nephew and ruining the family’s credibility.