Oakland Siblings Save Their Mother From Attempted Robbery 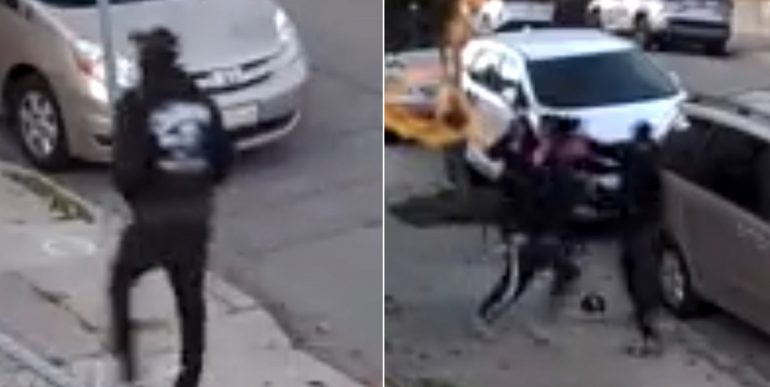 OAKLAND, California—A mother of two narrowly missed getting her purse snatched after her 17 and 22-year-old son and daughter gave chase and stopped her attacker, reports ABC7 Bay Area.

The 54-year-old Asian mother of two was exiting her car and walking up a flight of stairs in front of her house when a teen approached her from behind and grabbed her purse.

Her son immediately sprung into action and struggled to get the assailant away from his mother.

After a short struggle, the suspect ran away, and both the son and eldest daughter, Jamie, ran after the man who jumps into a getaway car.

ABC7 reports the mother was not seriously injured, though she has abrasions from where the purse was ripped from her arm.

17 & 22-y/o siblings chase & save their mom f/getting robbed outside their home in Oakland.
⠀
The 54-y/o was coming home when a man started following her. The man follow her up the front stairs of her home & grabs her purse.

Thankfully her son is outside…(1/3) #StopAsianHate pic.twitter.com/k1SaONdVwP

Jamie told ABC7 she and her brother weren’t thinking about their own safety, just how to protect their mother:

“Sometimes parents get nervous very easily and they don’t know what to do. As the younger generation, we try to protect the elder generation.”

Jamie also explained her family has been attacked and robbed twice in the past. Both of those incidents took place in different parts of the city, however, it’s still Oakland.

Other neighbors who saw what was happening and started screaming, which also helped deter the assailant away. They also provided Oakland police with surveillance footage to help with the ongoing investigation.

There have been no arrests.