University of Chicago Graduate Shot and Killed During Robbery 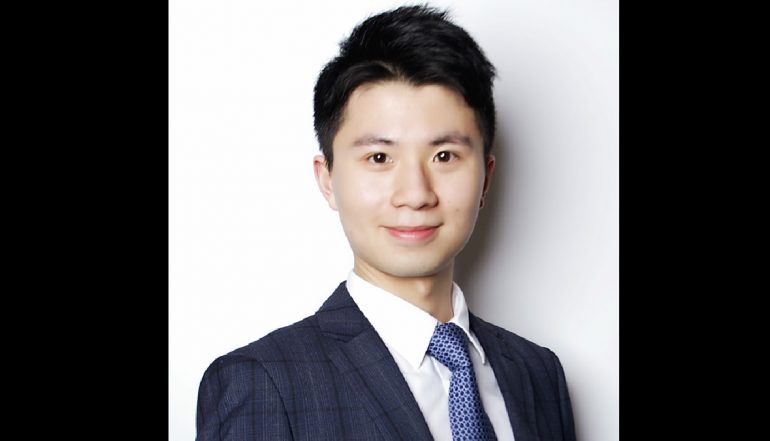 CHICAGO, Illinois—A University of Chicago graduate who was shot and killed in a robbery in Hyde Park on Tuesday has been identified as Dennis Shaoxiong Zheng.

At least 51 people were shot over the weekend in Mayor Lori Lightfoot’s Chicago—9 people were killed and 42 wounded, according to CBS2 Chicago. That’s not counting the 356 people who were shot in the month of October in what many are calling “woketopia,” a progressive paradise where crime is out-of-control.

The Cook County Medical Examiner’s office stated 24-year-old Zheng lived in Hyde Park and was a statistics masters student at the U of C, reports CBS2.

The assailant then shot Zheng in the chest, walked back into his vehicle, and fled the scene. Police are not sure if anything was even taken. Zheng was left bleeding on the sidewalk, screaming in pain.

Neighbors attempted to stop the bleeding but were unsuccessful. Paramedics soon arrived and took Zheng to the University of Chicago Medical Center, where he was pronounced dead, according to CBS2.

This is the third University of Chicago student shot to death this year. One Caucasian and two Asian students. In July, Max Lewis was shot and killed on the Chicago Transit Authority Green Line near 51st Street. Lewis was riding home from his investment banking internship.

Back in January, 30-year-old Ph.D. student Yiran Fan was shot and killed by African-American Jason Nightengale—who was on a killing spree. Fan was a student in a joint program of the Booth School of Business and the Kenneth C. Griffin Department of Economics.

“Yesterday we lost a member of our University community, and today we are mourning. Shaoxiong ‘Dennis’ Zheng was murdered in the course of a robbery in a residential neighborhood near campus. Our deepest sympathies are with his family and loved ones. Dennis came to us from Hong Kong and graduated from the University this summer with a master’s degree in statistics. Our community will come together soon to remember him and to honor his life.

“The violence afflicting Chicago is on the same scale as a public health crisis and demands a commensurate response. The University community and our fellow residents of Chicago’s South Side — as well as citizens throughout Chicago — see a clear and urgent need to strengthen public safety. We have been in close contact with Mayor (Lori) Lightfoot, Chicago Police Department Superintendent (David) Brown, and other members of the Mayor’s team, along with local aldermen. The city is formalizing, with the University’s involvement, a number of short and longer-term public safety strategies specifically for Hyde Park and surrounding communities. We will share specifics soon.”

Money is being raised to help Zheng’s mother fly from China to Chicago. His mother never left China in her life, and the Chinese Association of Greater Chicago is working to help her expedite a passport that she has never had before, so she can come to Chicago and bury her son, reports CBS2.

Feature Image via University of Chicago