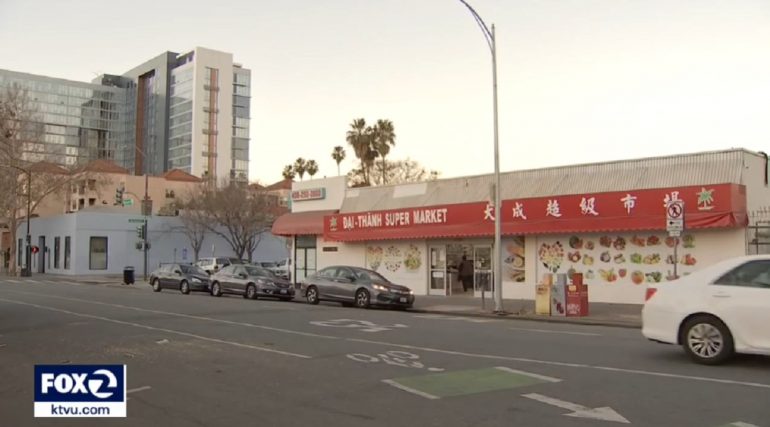 “She was pretty shaken,” said Victim’s Daughter Kathy Duong. “They took her purse. It had her keys, her possessions. It was gone an instant,” according to Fox 2 KTVU.

In broad daylight, Kathy Duoung’s mother had left the bank with more than $1,000 in cash for Lunar New Year.  As she got in her car across the street at a Vietnamese market on Second Street in San Jose, she was being watched.

“A car blocked her in, jumped out, opened the door, grabbed her purse and then ran off,” said Duong.

This is not an isolated incident targeting older Asians. Asian Dawn reported on a series of violent crimes in Oakland’s Chinatown. In San Francisco, an 84-year-old Thai immigrant was attacked and killed. All perpetrators were identified as African-American.

“We are currently working any and all possible leads as it relates to that investigation,” said Lt. Carlos Acosta of San Jose Police.

A week from Friday is Lunar New Year for Asian Americans. San Jose is home to the largest Vietnamese population in the United States.

“This is actually the first time I have seen this as a trend,” said San Jose Councilmember Raul Peralez.

“This may be related to something that’s happening in our economy you have much more people who are desperate right now,” said Peralez.

Red envelopes are often filled with brand new bills. It’s a symbol of prosperity and criminals see it as easy money.

Police also advise against carrying expensive purses when out and about and to use caution when going to the ATM, bank and jewelry store.

The Duong sisters encourage using the buddy system, warning others to protect their elders.

“It should be a festive time, it should be a celebration, you should be thinking of family and friends, instead you are being targeted,” said Duong.

The victim did not get a clear look at the suspects. Authorities urge vigilance now that everyone wears a mark. They did get away in a gray Infiniti. Police are canvassing the area for surveillance video and stepping up patrols.