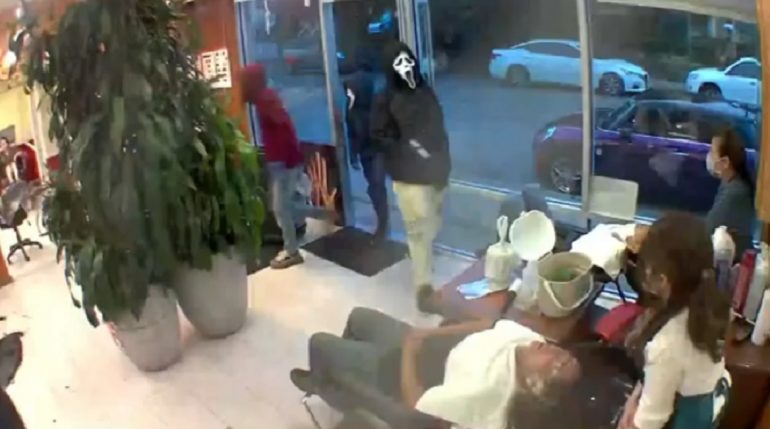 SEATTLE, Washington—The King Way Hair Salon in Seattle was robbed by three suspects at gunpoint on October 17, around 6:00 p.m. Money, purses, car keys, wallets, etc were all stolen, according to the business owner’s daughter, Jenny Lam.

Lam posted surveillance footage of the robbery on her Instagram account. In the video, three men wearing masks from the movie “Scream” can be seen entering the hair salon with pistols in hand.

A silver van with New Mexico plates was seen fleeing southbound from the area, however, the victims could not positively link that van with the suspects. An area check following the crime was implemented and yielded negative results.

“Luckily the employees and clients were not physically hurt, but definitely shaken up,” wrote Jenny Lam.